West Ham Labour "On the Knocker" in Stratford & Ilford North 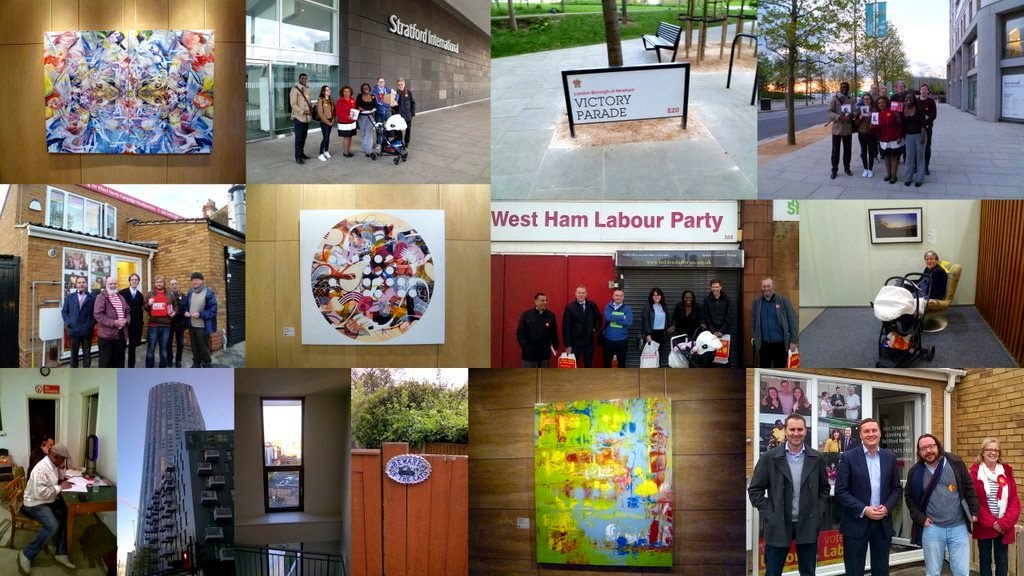 Picture update of campaigning activity by West Ham Labour members in Stratford & Ilford North. We have been door knocking, telecanvassing and delivering leaflets all week. The new blocks of flats in Stratford are notoriously difficult to get into and speak to people. We managed to get lists of Party members and supporters to ring their intercoms and let us in.

On Tuesday evening we were in East Village, which is the site of the former Olympic athletes village now converted into private & social housing. It looks like well designed and good quality housing with plenty of open spaces. The art work in the collage is in the foyer of the private owned and rented blocks. It is more than a pity that the social housing blocks appeared to have none.

Today is International Labour Day and it would be appropriate to remind developers and social landlords about "Bread and Roses".
Posted by John Gray at Friday, May 01, 2015