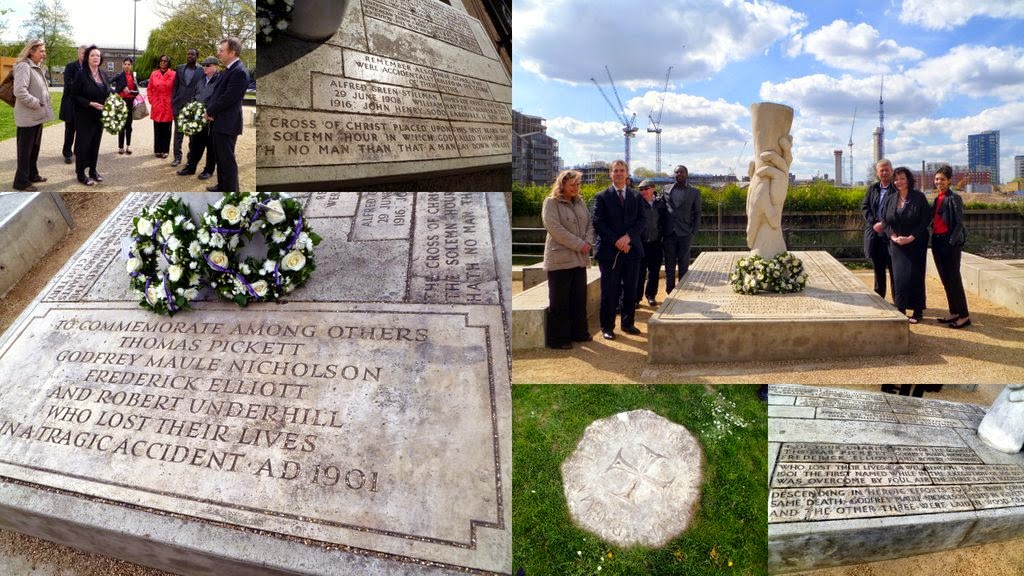 On Tuesday, 28 April, it was Workers' Memorial Day. An international day to remember those who have been killed at work or died from work related ill health. UNISON estimates this kills up to 50,000 workers every year in the UK. It is also a campaigning day to keep workers safe.

The 2001 clasping hands sculpture  by Alec Peever is a memorial to a fatal incident which took place nearby in 1901 when a worker collapsed and died due to "foul air" at a bottom of a distillery well. Three of his workmates died successively trying to pull him out. It also remembers other workers who were killed at this site. This area was the birth place of the industrial revolution in London and also modern day industrial trade unions.

I think that this Sculpture and memorial site is one of the most important working class historical and artistic sites in East London but hardly anyone knows about it. Next year I hope to help arrange a bigger and better organised event.
Posted by John Gray at Saturday, May 02, 2015