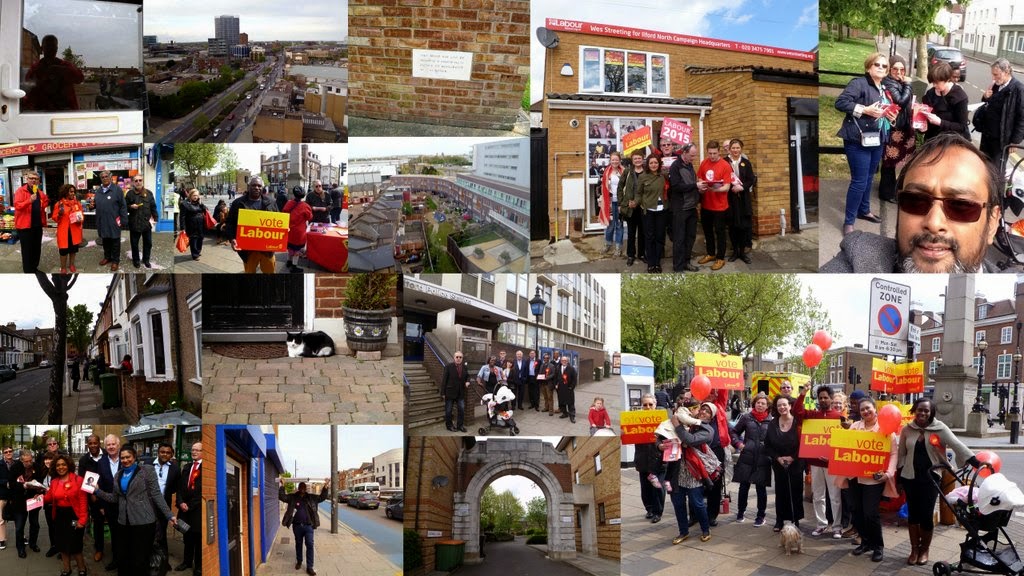 It's been a hectic few days and about to get even more busy. On Thursday and Friday we were out door knocking for Charlene and Lyn, in Stratford Ward, with comrades from East Ham. It was fascinating to see the original archway for the "Queen Mary's hospital for the East End" (1861-1983) which is now a modern housing development off Byrant Street, E15.

See the plaque in wall (top middle of collage). We came across this while out canvassing in Aldbourgh Hatch. We were all curious about who was "Maureen" and why is she credited with starting the estate in in March 1963?

Today (Sunday) West Ham activists joined East Ham in Ilford North, which has been described by LSE Professor, Tony Travers, as  "a very, very, very marginal seat. It's on a knife edge". If you can help out at Ilford North then volunteer here http://www.wesstreeting.org/polling_day_2015

West Hammers have been active not only in Ilford North, but also in Thurrock and other marginals. Tomorrow morning Women forum members will also be in Harlow.

Remember, if we don't win the marginals, then we will not have a Labour Government and Cameron will be your Prime Minister.
Posted by John Gray at Sunday, May 03, 2015