Why we lost and what are we going to do about it? 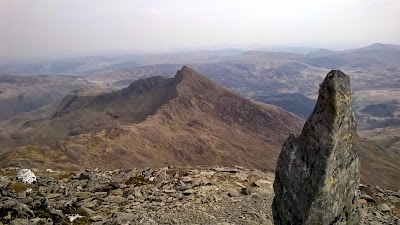 )
Labour have a mountain to climb (see very subtle picture left) but we should not in my view be totally beating ourselves up over our performance on Thursday.


Everyone has an opinion nowadays and these are my views for better or for worse.

Firstly, I don't think we can condemn voters for exercising their democratic choice no matter how wrong we feel that choice was.

Labour was well beaten nationally and we need to accept this and move on.

In my view and with of course the benefit of hindsight, it was clear that we would never win this time. Only once in 100 years (Feb 1974) has the UK had a one term government voted out. Voters nearly always give our governments a second chance. There is also most importantly  "It's the economy stupid" factor. Wages are now eventually rising, prices are low, fuel and energy costs in particular have crashed, mortgage interest rates also at record lows and house prices are rising. So people thought "Why risk all this?"

I think we should stress that things are not all doom and gloom and that a Tory majority of 12 does not mean they will be able to do anything they want. We should celebrate our successes locally in Newham (thumping big majorities for both MP's) and in Ilford North.

We should all plan to argue, campaign and resist whenever possible and practical. We will win on some things and for those things we will lose, we must be able to lay the blame squarely on the Tories.

We must also point out that next year London must lead the way for an alternative set of economic and political values by electing a progressive Labour Mayor and Assembly. This must be our priority.

On a wider point I also think that Labour needs to win the battle of ideas with the public on centre left politics. It is no use saying we will make the NHS better or build more housing without asking those who can afford it for more money in taxes.  People know this and unless they know where the money is coming from then you run the risk of someone claiming this doesn't really add up.