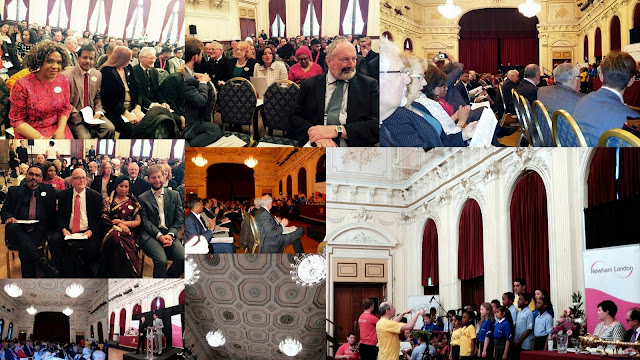 Picture collage from the Annual General Meeting of Newham Council (and 50th anniversary of the London Borough of Newham) at Stratford Town Hall.

The Newham Young Mayor's gave fantastic speeches and the Executive Mayor, Sir Robin Wales explained about his work programme for the year in the face of £91 million of cuts.

Afterwards, there was yet another picture of all Councillors on the Town Hall stairway followed by drinks and nibbles in the old Council Chamber.

(hat tip to Facebook friends who I have "borrowed" some of their pictures)
Posted by John Gray at Saturday, May 16, 2015