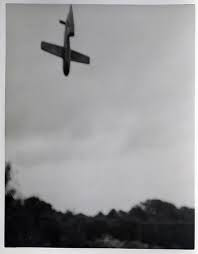 Hat tip to local history site "E7 Now and Then" for an excellent post on the carnage that was caused by a V1 Rocket hitting Dames Road, Forest Gate on 27 July 1944.

A trolley bus and homes were destroyed and this was the horrific account by Cyril Demarne who was a fireman of the time, and later became Chief Fire Officer of West Ham

"A particularly nasty, gory, situation confronted us, following a V1 explosion in Dames Road, Forest Gate. A trolley bus, crammed with home going workers had caught the full blast and the whole area was a sickening sight.

Dismembered bodies littered the roadway; others were splattered over the brickwork of the houses across the way and the wreckage of the trolley bus was simply too ghastly to describe.

The roof and upper deck, together with the passengers, were blasted away. Standing passengers on the lower deck were also flung against the fronts of houses on the other side of the road. The lower deck seated passengers were all dead. Although many of the victims had been decapitated, they were still sitting down, as if waiting to have their fares collected".

How horrible. This description reminds me that there is no glory in war. I had heard of an attack on a bus in Forest Gate during the war but thought this took place elsewhere. This happened less than 5 minutes walk from where I live. With hindsight it is a pity that we didn't organise something locally last year to mark the 70th anniversary of the attack.

I posted here an account of a V2 attack in West Ham ward in 1945. My paternal grandfather (another John Gray) served in an anti-aircraft regiment during World War Two. I know he served in London during the Blitz and may have been stationed in Wanstead flats, which is also across the road from my home. I must do some research into his wartime service.

(picture of an actual V1 falling to the ground in London. Date and exact location unknown)
Posted by John Gray at Sunday, May 31, 2015