Defending the Union Link to the Labour Party 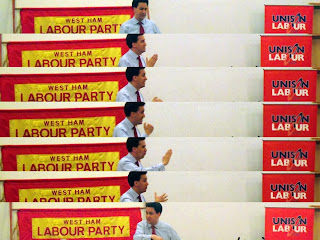 This motion was passed by West Ham Ward/Branch and was supported at the November CLP General Committee. (post to follow).  It will now be submitted to the Party by the 24th December review deadline.

"West Ham Branch/CLP notes that the Labour Party was founded as an alliance between trade unions and socialist organisations to provide a political voice for working people.

With the current attacks on working people it is most important that the Labour Party and trades unions work effectively together – poor working conditions and low wages require more union organisation and legislation to protect workers.

We believe that Labour’s continuing relationship with three million trade unionists who are affiliated members of our party helps to root our party in our communities and workplaces. We believe the party can best achieve its aims and values if it is funded primarily by its affiliates and members. Both state funding and large business finance cannot tie the party so closely to its principles.

We recognise that trade unions are collective organisations of working people, and understand that the relationship between the unions and the Party, locally and nationally should be on the basis of collective affiliation.

We support positive measures to strengthen and improve the relationship between the Party and the unions, for example by encouraging the greater democratic engagement of ordinary trade unionists in party structures and by developing the understanding of the nature and purpose of trade unionism among party members.

We oppose any moves that would weaken or undermine the relationship between the Party and the trade unions based upon their collective affiliation.

We call upon Ray Collins and the NEC, in the current review, to reflect these concerns".