The FRC...and how too much voting is a bad thing 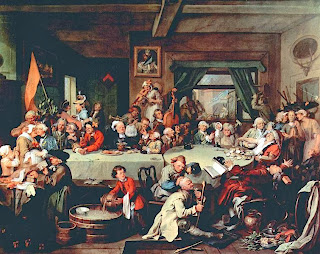 (Great article by AMNT Co-Chair Janice Turner in Professional Pensions)  "It was disappointing to hear a Financial Reporting Council representative tell the NAPF stewardship conference that that it's unlikely  they will support calls for pension schemes to direct their votes in pooled funds.

This would seem to put the FRC on collision course with the whole thrust of government and opposition policy on the need for institutional investors to have better engagement with the companies they own.

Pooled funds are often considered the best option for smaller pension schemes. Is the FRC saying that casting votes at corporate AGMs should be reserved for the biggest schemes and fund managers? This sounds spookily similar to the late 18th century English electoral system – voting was the preserve of the rich and powerful, and far too good for the oiks. What constitutes engagement in the 21st century?

The FRC spokesperson seemed to think that allowing too much voting is a bad thing: Professional Pensions quoted her as saying: "If we go increasingly along the ‘voting is the answer' mechanism, and that's how companies found out that's what the view is of them, then I am nervous of the proliferation of votes that we're going to have and how meaningful that will be."

Poor things, how could they possibly cope? The FRC would appear to prefer us all to go and have meetings with the chief executive to discuss performance.

Shall we all now wake up? Pension funds invest in dozens, perhaps hundreds, of companies not just in the UK but round the world and it is ridiculous to suggest that individual company by company engagement is likely for any but the biggest pension funds and investment companies, and even then it is highly unlikely that every fund or investment vehicle has such direct engagement with every company in which they invest.

We are no longer living in a world where you can promenade down the road in your carriage and pair and have lunch with the chairman of the board. Well, not most of us anyway. It is time the investment world got real and started looking at what companies should expect in return for investment.

If companies want to gain investment from institutional investors anywhere in the world, then it's time they and the FRC accepted that they will have to be held to account in a manner appropriate for their worldwide ownership, and that means voting.

Currently it would seem that we have 21st century ownership with 19th century accountability. The alternative is the "nanny knows best" approach – to leave all these decisions to city fund managers.

After all, the FRC representative at the NAPF said: "When there is a voting mechanism it can drive behaviours that may be contrary to the longer term good". Far better to do away with all that unpleasant democracy and leave it to those who know best.

So Alan Macdougall, managing director of Pensions Investment Research Consultants, has the full support of the Association of Member Nominated Trustees when he calls for institutional investors to have the right to direct how their votes are cast in pooled funds.

The FRC has been looking into this issue for three and a half years and, as he said at the NAPF, they have failed to amend the stewardship code on four different occasions. Allowing institutional investors to vote on pooled funds is not difficult. Legal & General allow this and don't charge for doing it either. All that is required is for the FRC to act in the public interest and make that decision.

Of course, making this change will greatly increase the potential for accountability and engagement but AMNT believes still more needs to be done. We are looking closely at this area and no doubt we will have a lot more to say next year.

(my choice of picture William Hogarth  An Election Entertainment, The Humours of an Election series, 1755)
Posted by John Gray at Wednesday, December 18, 2013