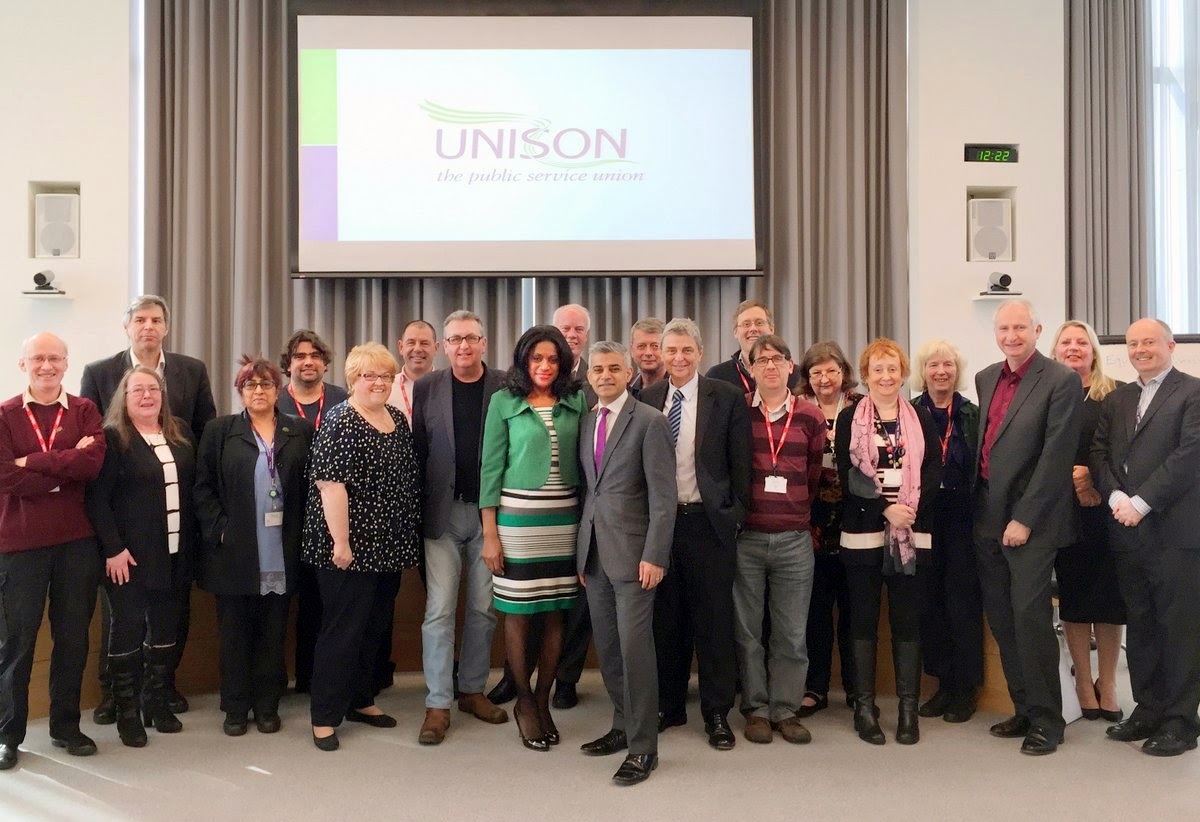 Assistant General Secretary, Liz Snape, gave us a briefing on the UNISON General Election Strategy. There was some fascinating information. Research shows that UNISON members are more likely to vote than average; at least half of our members are planning to vote Labour and that our GS, Dave Prentis, and local UNISON stewards, are far more trusted as a source of political information than politicians and the media.

Sadiq Khan MP gave a positive and uplifting speech about how elections will be determined by people talking amongst themselves. The role of the wider Labour movement will be vital to get the message out that people should not be just commentators but participants in the election. Ed Miliband is an exciting leader and while Labour is not totally Utopian the choice on May 7 is not Utopia but between Ed as Prime Minister or Cameron.
Posted by John Gray at Monday, March 16, 2015