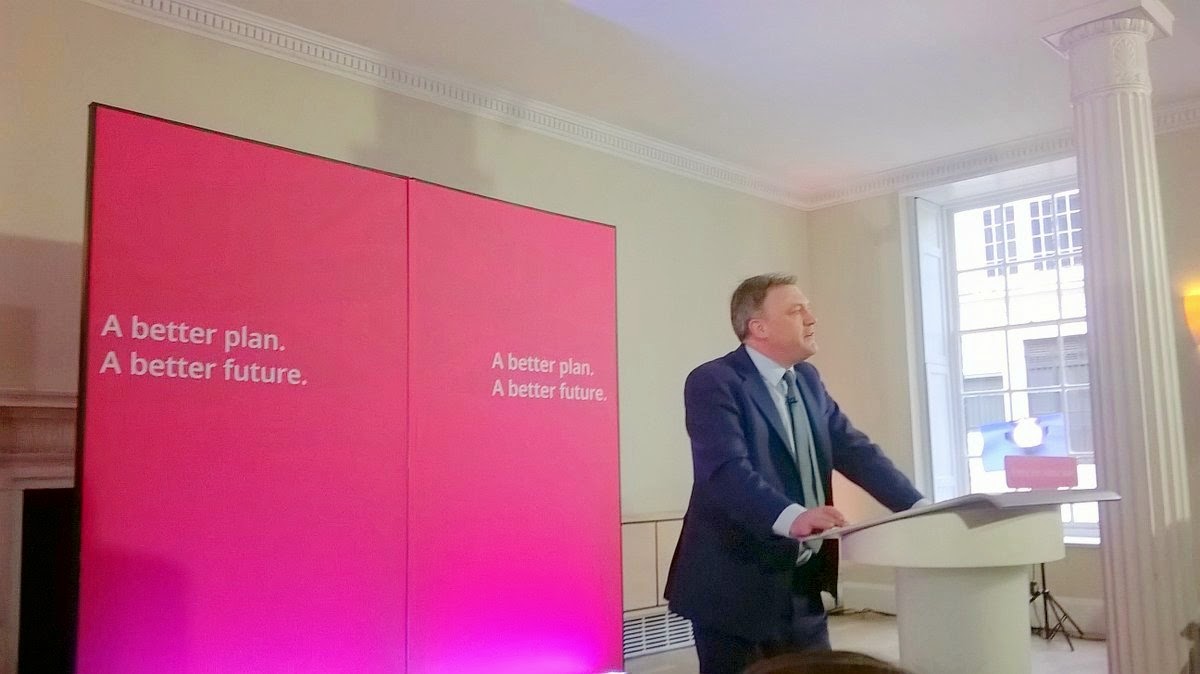 Last week I watched Ed Balls give a typically combative speech at the RSA about Tory spending and taxation plans if they won the next election.

On Sunday morning I again saw Ed interviewed on the BBC Andrew Marr programme who then went on to interview Tory Chancellor, George Osborne.

Ed's message on both occasions was not just an anti-Tory rant. I thought that he made an convincing case that in this election there was a clear economic ideological battle going on between Labour and the Conservatives.

Labour are planning to eliminate the deficit by making cuts but also by increasing wages and making sure that the rich pay their fair share in taxes.

The Tories are not only planning to make massive cuts to public spending to clear the deficit, they have announced plans to go even further and reduce government spending to the same share of national wealth as in the 1930s (35% of GDP). When interviewed by Andrew Marr, Osborne did not deny these plans. The Tories are cutting not because they need to but because they want to.

This is an resumption of an age old fundamental ideological battle between the left and the right in British Politics. Ed argues persuasively that the only way that a future Tory Government would be able to reduce public spending to the level of the 1930s, is not only to further slash and burn public services but they will have to something even more damaging, such as introducing charges for the NHS. No other country only spends 35% of GDP on public services without charging for health services.

On this point Labour financial plans are more credible than the Tories. There is clear red water between Labour and the Tories. A battle of ideas between those of us who believe in fairness and equality and that the role of the state is to enable such change and those who think the state has little or no such role and that such things are better left to the "market".

So the choice is clear. People must decide what sort of society they want to live in and they must vote or note vote accordingly and then live with the consequences.
Posted by John Gray at Monday, March 16, 2015