Newham Local Government Branch AGM 2015 - The threat to your pensions- "if it sounds too good to be true then..." 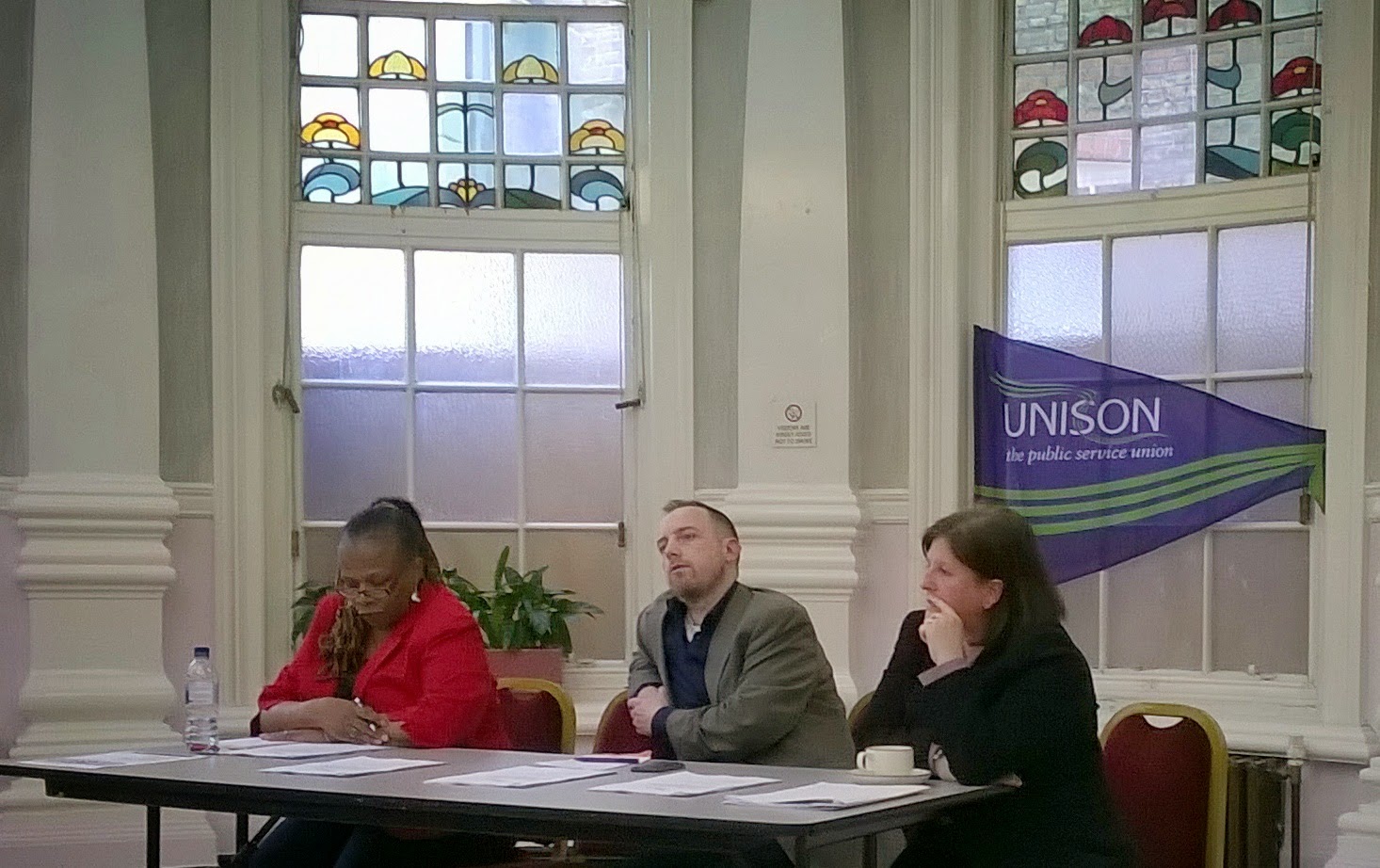 On Friday I was invited to speak at the annual general meeting of the Newham UNISON branch at the Town Hall in East Ham.

This was in my trade union capacity as the Chair of the London UNISON pension network. This is my written speech below.

"Thank you Gloria and Newham UNISON for inviting me to speak on this very important issue. Like many of us in the Labour movement I wear a number of different work hats but I am proud to be here today as a Unison rep on my local government pension scheme (LGPS) committee for the past 20 years or so.

I was privileged to talk to this AGM some years ago about the many advantages of joining the LGPS. I now want to speak to you today about a possible threat to your pension and that of your families and friends.

It is complicated but maybe it is best if I outline what I believe to be the problem and what I think is the solution, then throw it open to the Q&A.

Firstly, let us never forget that Pensions are a fundamental trade union issue. In fact one of the founder unions that went to form UNISON was set up specifically to argue for pensions for its members. A former manager of West Ham Council trams was instrumental in setting up that union and the LGPS.

In my grown up job as a housing officer in the East End of London, I see first hand the miserable and degrading poverty that so many of our elders live in. Too frightened to put the heating on in winter, surviving on cheap out of date foodstuffs, too poor to buy their grandchildren treats.

In many ways, the current pension future facing workers is now even worse. Millions of workers in our sector have no access to any employer pension, since they work part time or are paid too little. Millions more are being cheated by their employer with tiny and inadequate contributions. While complete untruths are said about the sustainability of defined benefit schemes such as Local Government Pension scheme and other public sector schemes.

To top it all, this Tory led government, will from next month April 6, allow thieves and con merchants to steal and feast upon our members pensions, in what I have no doubt will be the greatest ever miss-selling scandal.

From April 6 this year, this Conservative led government is about to play a huge trick on ordinary working people. People who have skimped and saved over the years to put money by for their futures. This money is being deliberately put at risk and the only ones to benefit will be the City crooks that finance the Conservative Party, as they rob our members over the age of 55 of their money and that of their spouses.

Remember the Tories hate anything that is collective, they don't want pension boards or independent trustees looking after their members money and making sure that it is safe. They would rather dismantle our person schemes and hand them over directly to big business to profit from.

Tory Chancellor, George Osborne, calls April 6 "pension freedom day". Colleagues, this is not freedom, it is an occupation, an occupation by those who see you as easy pickings; an occupation that will destroy lives and end up with many of our members retiring into and dying in poverty.

Our members in the Local Government Pension Scheme and other funded Pension schemes will be targeted by armies of thieves, spivs and charlatans, as they did under Thatcher, when millions of people were told to buy personal pensions and sell their company schemes.

Those of you here who have pension money invested in stakeholders or auto enrolment schemes will also be targeted by those wanting to steal your futures as well. Even worse, last week during the budget, the Tories announced that pensioners who have already taken out private pensions will also be able to cash them in. At the cost of a tax liability and even more rip off charges.

We must as a union save our pensions and save our members from having them stolen from them and exchanged for snake oil.

We have a responsibility to make sure that our pensions are safe. As I said before one of the reasons for forming unions was for decent secure retirements and nothing has changed since, so we must do whatever is necessary to defend our members and defend their pensions. Thank you".