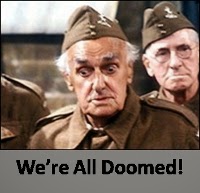 "Inside Housing" on Friday had another gloomy article on the problems facing the Social Housing Pension Scheme (SHPS).

This is all just nonsense. Read my comment below published in the article below:-

"John Gray, Unison’s National Executive Council member for housing associations, thinks there is a danger that employers overplay the impact of the deficit.

He says: ‘If employers have got genuine reasons, we are more than prepared to sit with them and listen. However, if this is just cost-cutting there is going to be a row – and that could mean industrial action. People will go out on strike to protect their pensions.

They are going to have a lot of 80-year-olds who will be too poor to retire, or they will retire and die in poverty. It’s as stark as that.’

Mr Gray says the deficit is ‘not a real number’, as it is calculated based on historic low gilts which, he says, are likely to normalise eventually, making the scheme’s investments more capable of meeting its liabilities. ‘The message should be “don’t panic”. The numbers may be scary, but this is not real money,’ he says".

I am a trustee on a private defined benefit pension scheme which has performed pretty well over the years with regards to investment but still has a growing "deficit". I asked our investment advisor recently what would our "deficit" be if government gilts prices were at their historic norm. He said it would be largely wiped out.

I notice that some defined benefit pension schemes are already returning to surplus and advisors are busy trying to get the companies hands on the money.Which reminds me of the 1980s when most schemes had massive surpluses.

It is about time that the industry and the regulator realise that we way we measure pension deficits is broken. We need to change the yardstick.  Pension actuaries and accountants need to learn how to count.
Posted by John Gray at Tuesday, March 17, 2015