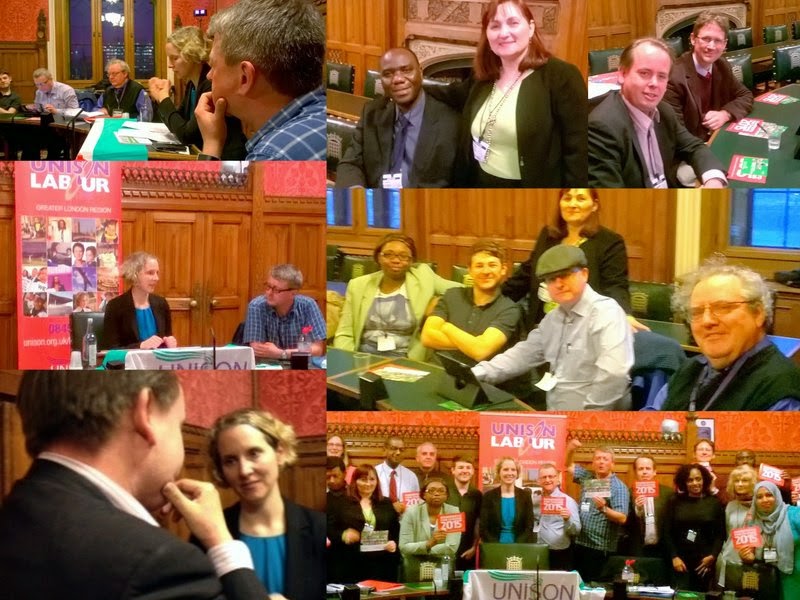 Last Tuesday evening we had our Annual General Meeting of Greater London UNISON Housing Association Branch Labour Link at the House of Commons. UNISON Labour Link members (also known as APF) choose to support and affiliate to the Labour Party

Our keynote speaker was Labour Shadow Housing Minister, Emma Reynolds MP. Shadow Minister for Civic Society, Lisa Nandy MP, had to drop out as a speaker at the last minute.

Emma was supposed to only be there for 20 minutes but stayed for about 45 minutes, giving first a speech and then she engaged with us in a prolonged Q&A.

We had UNISON members from all over London and as far away as Norfolk, Kent and Surrey. Housing management workers and those working in care and support. There was a really positive and far reaching debate with Emma about the housing policy of a future Labour government. Including difficult questions on the future of right to buy, social rents and rent controls for the private sector.

After Emma our UNISON regional officer Colin Inniss gave a rousing speech on how important the General Election will be to our members. We also had a planning discussion on how to mobilise telephone, leafleting and door knocking teams in marginal seats.

After the close of the meeting we went off to our social at the Weatherspoon near Trafalgar Square and were able to continue the debate on housing in between helping to also celebrate St Patrick's Day.
Posted by John Gray at Monday, March 23, 2015