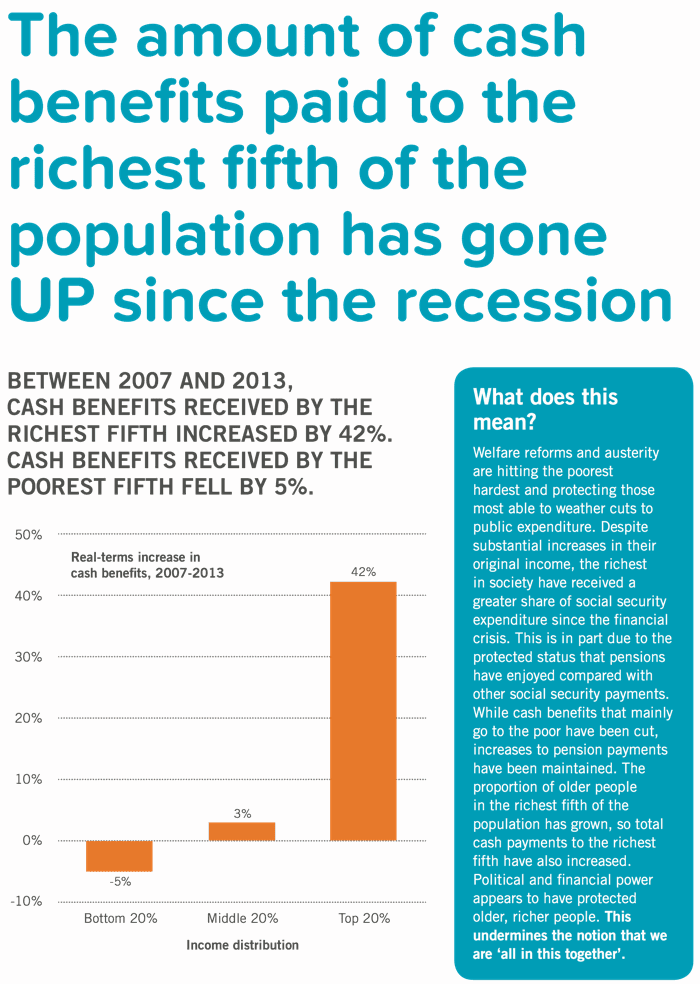 You don't have to be a raving leftie to think this is completely wrong and bonkers.

Inequality Briefing have found that the "Between 2007 and 2013, cash benefits paid to the richest fifth of the population increased by 42%. For the poorest fifth, benefits fell by 5%"

Tory Welfare reform has meant that the poorest have had their income reduced while the richest have seen their benefits increased.

This is mostly due to increases in the state pension to very rich (top richest 20%) pensioners.

"All in this together"?