Red Lines - How to start an Investment Governance Revolution 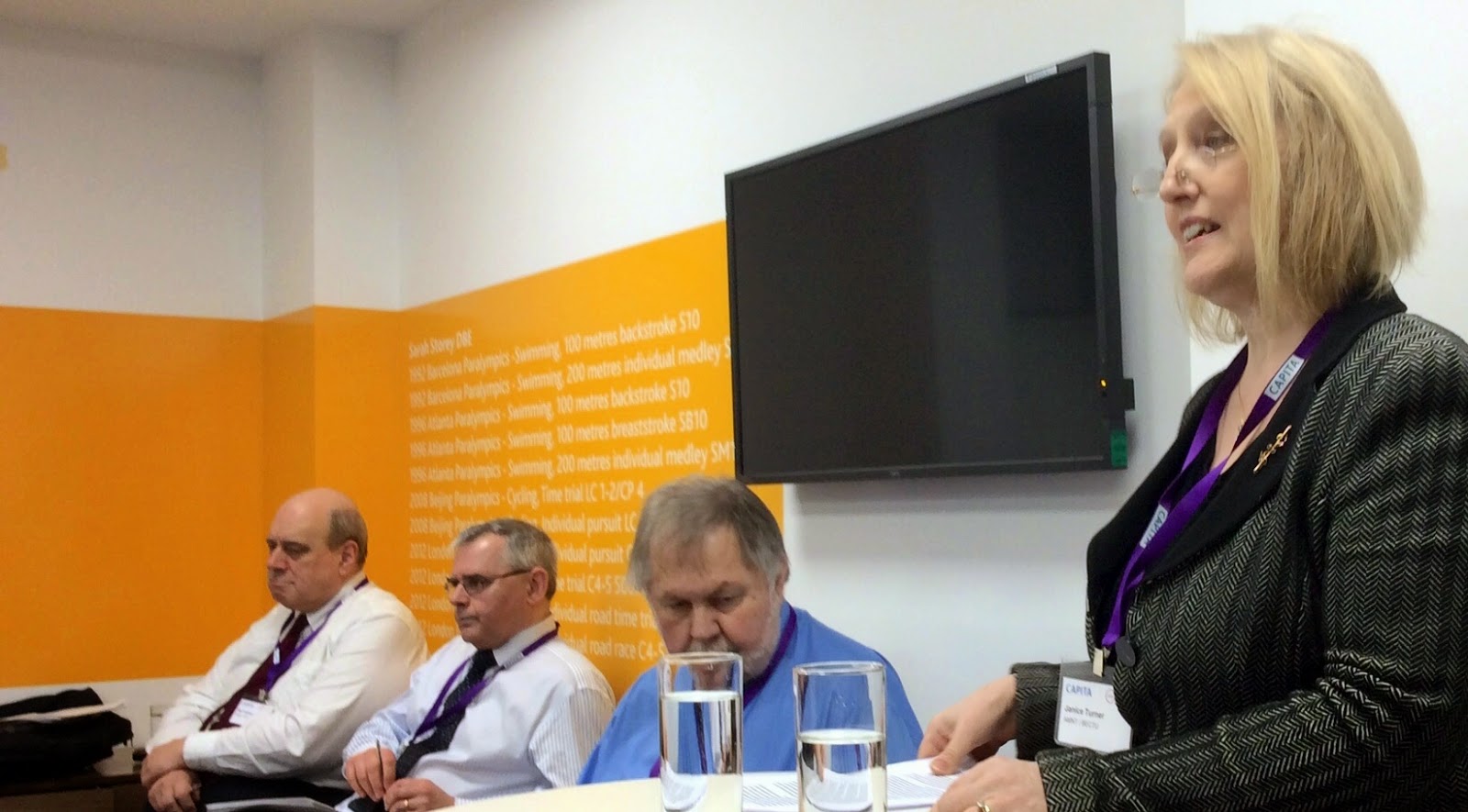 (this post was pulled in January since I didn't realise that we had to wait until formal launch of Red Lines which took place yesterday. I will post further on this "revolutionary" proposal)

AMNT co-chair Janice Turner talks about her "Red Lines" idea to the audience.

Pension funds are blamed for being partly responsible for the crash of 2008. As asset owners they were "asleep at the wheel" and did not take their responsibility seriously and allowed the banks and financial institutions to nearly destroy our economy and seriously damage our investments.

What "Red Lines" hopes to do is to allow all pension funds regardless of size assert their rights of ownership on the assets they own and are responsible for. Small pension funds do not have a voice even though they are estimated to own £300 billion of assets. Large pension funds can afford to engage with their fund managers and the companies they own but they always lose important votes at company AGMs since most fund managers interests are not aligned with asset owner interests.

In a telling phrase from AMNT activist Bill Trythall (on left of photo) there are "Armies without generals and generals without armies".

Janice compared the current arrangements with the electoral system in the 18th Century when only the rich and powerful had a vote.

What  "Red Lines" is about is small and large pension funds, as well as a wide range of other charitable and ethical funds, agreeing a common set of Environment, Social and Governance (ESG) beliefs and instructing their fund managers to vote in a certain way or explain why not.

The devil will be in the detail of course but it should not be beyond the wit of man or woman to agree a common set of voting instructions to fund managers on issues based, for example, on the UK Stewardship Code or the United Nations Compact on Human Rights.

After speeches there were various workshops on how to formulate and enable "Red Lines". It is at an early stage and is going to be a time consuming and difficult process to bring about but potentially "Red Lines" will indeed revolutionise governance practices and bring about more responsible ownership and accountability.
Posted by John Gray at Wednesday, March 11, 2015