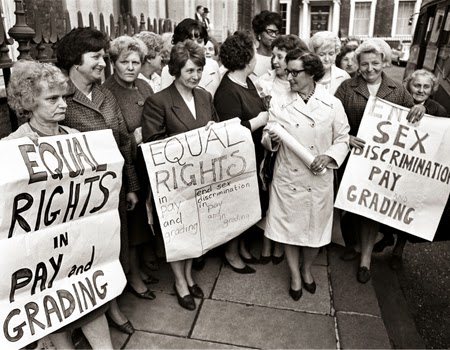 I was interviewed by "Inside Housing" magazine for an interesting piece published last Friday titled "What's in a name?"

A small Housing Association in High Wycombe, called "Red Kite" had asked its staff to write its own job descriptions and create their own job titles.

The belief behind this is that social housing organisations tend to be "stuffy" and "hierarchical" and need to empower their staff to improve services. A view to be honest that I have more than a little sympathy with.

However, in the  article I admitted to being a bit of a "sourpuss" about this idea. While workers need to be at the centre of any consultation about job design or job descriptions, it is actually a complex and difficult subject. As a trade union steward "I have seen real problems where there have been poorly defined job descriptions,’ he adds. ‘People are paid very different amounts of money for doing very similar jobs".

This is a huge issue if you believe in gender equality at work.  It can be prescriptive and a little bureaucratic but the hard truth of the matter is that unless you have an equality proofed job evaluation system, based on job descriptions you will see women (and other discriminated minorities) being paid less for equal work. As sure as eggs is eggs.

There has been a move recently away from such assessments towards "spot salaries" or so called "market rates". While market rates have been used as a defence against equal pay claims, it is not by any means a complete defence. "Market rates" can be inherently unfair (and therefore potentially unlawful) since they just reinforce any existing gender discrimination in the market.

Equal pay claims have cost employers in the public sector hundreds of millions of pounds in recent years. When it first started no-one expected this. The private and "not for profit" sector had better watch out since it is clear from the press (Supermarket giant ASDA has 1500 claims against it) that the "no win, no fee" lawyers are going after them.

So evaluate or discriminate. If you do discriminate then be prepared to pay the price in reputational and financial terms.

(picture of striking women machinists working for Fords as portrayed later in the film "Made in Dagenham")
Posted by John Gray at Tuesday, March 03, 2015