"Stand Up For Labour" at Theatre Royal Stratford East: Laughter and Politics 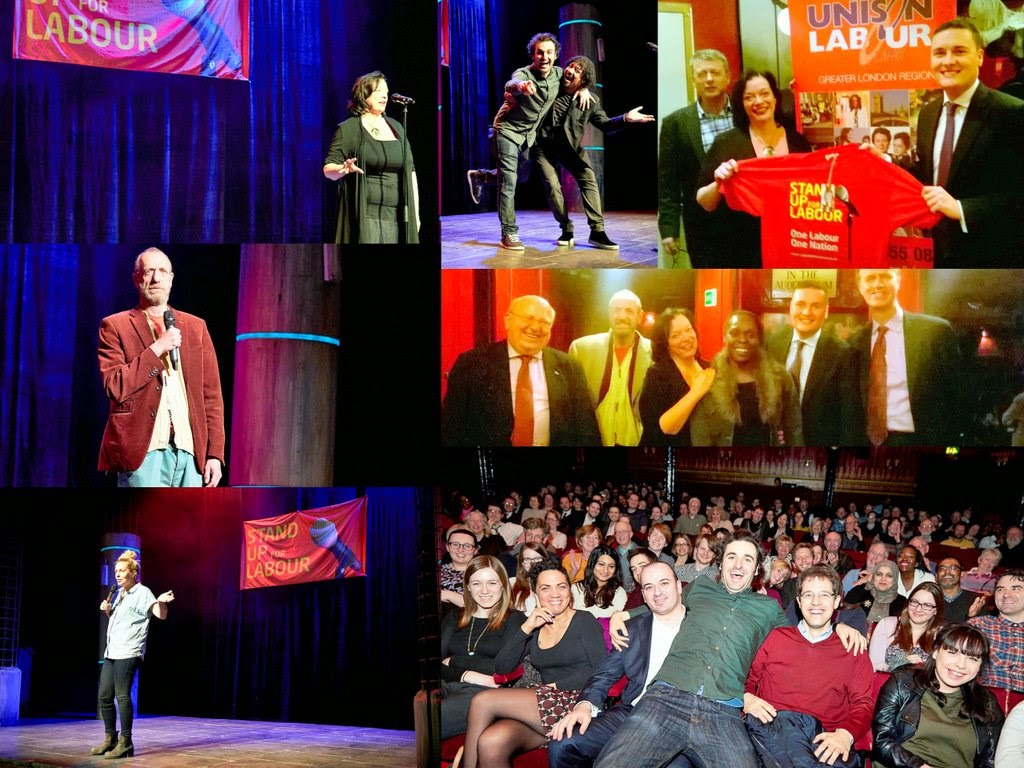 Hat tip to West Ham Labour blog for most of the above pictures from last nights hugely successful "Stand Up For Labour" comedy fund raiser. The event was sponsored by Greater London UNISON Link and raised money for the Ilford North and West Ham General Election campaigns.

It was a shame that Labour Stalwart, Harry Leslie Smith, was not well enough to attend. West Ham Labour Treasurer, the quiet and retiring, John Saunders, received a bottle of wine from Paul Rickets for being the longest serving Party member present (he joined the Labour Party in 1959 when Hugh Gaitskill was the leader)

At the finish, Ilford North Labour candidate, Wes Streeting, gave a passionate speech about the absolute importance of getting rid of the Tories on May 7th.

Many thanks to the organisers in West Ham Labour Party and "Stand Up for Labour" for all their work. The staff at the Theatre Royal were as usual, absolutely fantastic - polite, helpful and totally professional.

I understand that this was one of the biggest ever "Stand Up For Labour" events and let us see if we can make this an annual show in West Ham.