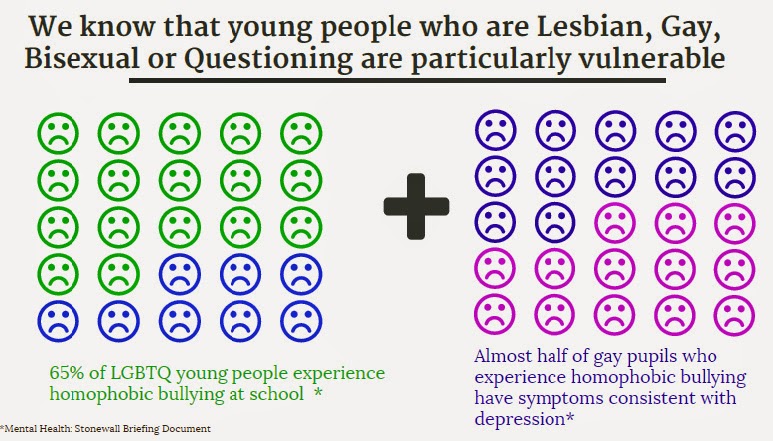 The Charity Aston-Mansfield is
seeking funding for its Newham LGBT Youth support group via a crowd funding campaign. They aim to raise £6,000 and have already donations from local football team Clapton Ultras after their Football vs Homophobia’ match. The crowd funding will last until the 11th April. See its press release.

"Paris: The only support for Newham’s LGBT young people. East London based charity Aston-Mansfield is launching a Crowdfunder campaign on 14th March to ensure the survival of ‘Paris’, its LGBTQ youth group which offers peer support and mentoring to vulnerable young people.

It is the only group of its kind in Newham. The campaign, which hopes to raise £6,000, will secure the future of this essential project helps young people as young as 13 to overcome harmful behaviour and make better decisions. Through our support, we equip them to be proud of who they are. Many have come from situations where they are isolated and confused, failing or not attending school, and engaging in a variety of damaging behaviours.

“Because it’s the only LGBT group in Newham, this really needs to survive. I know for a fact that if it weren’t for Paris, I’d be a bit lost, before I didn’t know anyone transgender, gay, lesbian at all…it was so isolating. Knowing that there are groups where people can be themselves, it’s amazing and it’s a privilege to be a part of “

Evidence from Stonewall suggests that 55% of LGBTQ young people experience homophobic bullying at school and 49% of gay pupils who do experience homophobic bullying have symptoms consistent with depression. There is a higher prevalence among LGBTQ young people of depression, damaging behaviours, and most worryingly of all of suicide, with NCSS estimating that 1 in 4 will attempt to take their own life. Over the last 2.5 years, ‘Paris’ (named by the attendees themselves) has worked with 35 LGBTQ young people, 14 of whom now attend our regular weekly session.

“Paris is important as it helps people accept themselves, and in times when they’re not necessarily at their best, like when I came I was in the mind-set that it’s so wrong to be gay but I just couldn’t change it. Two years on I’m now saying it’s okay to be gay, it’s great”

We have seen the project support these young people to grow in confidence, become more resilient to the world around them and learn to deal with conflict better. We have helped young people in crisis move away from harmful behaviours, to make better decisions and to equip themselves with knowledge and understanding both about their own sexuality and about safe sex and conduct. 4 of our young people have moved from being in damaging situations and struggling at school to being accepted to university where they will start the next stage of their journey later this year

“Currently Paris has very little funding and there is a real possibility that we will have to shut this service which provides vital support to extremely vulnerable young people. We don’t want this to happen, we know that Paris changes the lives of these LGBTQ young people, and we’re asking you to help us fight to protect this essential service.” – Claire Helman, Chief Executive – Aston-Mansfield