UNISON REFERS DISPUTE WITH ONE HOUSING GROUP TO ACAS 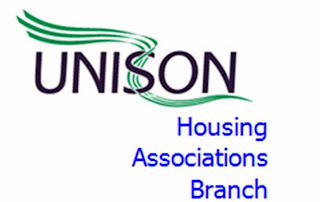 UNISON is demanding One Housing Group (OHG) agree to formal talks with ACAS (Advisory, Conciliation and Arbitration Service) to resolve the ongoing dispute over their proposals to substantially reduce the pay of many Care and Support staff.

UNISON had a binding agreement with OHG after the majority of members voted in favour of a ‘buy-out’ settlement in return for (reluctantly) accepting the new proposals.  OHG Management has since reneged on this agreement, without consultation, and reduced the settlement figure which has angered our members.

Colin Inniss, UNISON Regional Organiser said “All staff members in OHG deserve better than this.  Relations between the Trade Union side and management have become farcical with the Joint Negotiating Committee no longer fit for purpose.

“To add insult to injury a bonus payment has arbitrarily been given to all staff except those working in frontline Supported Living (the same staff facing drastic reductions in salary).

“If management will not agree to meetings with ACAS as a matter of urgency, UNISON will have no other option other than to begin balloting our members for industrial action.”

For Further information or comment please contact:
UNISON Regional Organiser, Colin Inniss
C.InnissATunisonDOTcoDOTuk
Notes for Editors
1.    UNISON’s represents over 60,000 members in the Community and Voluntary sector.
2.    UNISON’s Housing Association Branch represents 3,500 members in the Greater London Region and the South East.
One Housing Group is a major provider of care and support across London and the South East and manages 15,000 properties across, 26 boroughs.
3.    One Housing Group’s net surplus for 2012/13 was £35.8 million.
Ends
Posted by John Gray at Wednesday, September 04, 2013

You are right it is "uncomradely" to make snide, moronic sectarian comments while pretending to be someone else.

So please troll off.