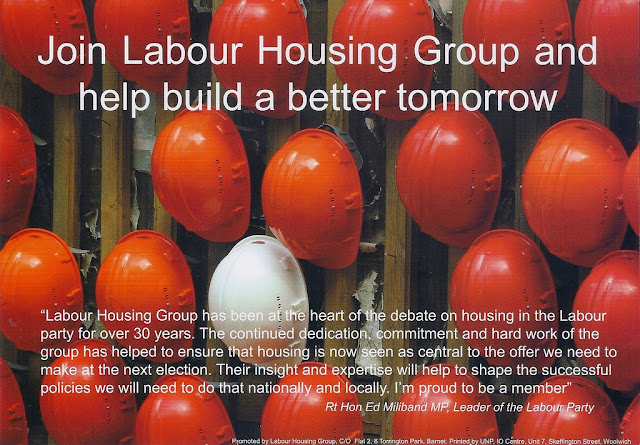 "The Labour Housing Group is a socialist society affiliated to the Labour Party.  It was formed in 1981 by housing activists within the Party and has had a strong influence on the development of the Labour Party's housing policies, first in opposition, then in Government.

It now faces the challenge of helping Labour to review its policies in readiness for the next General Election and helping Labour around the country to respond to the housing agenda being pursued by the coalition.

Join the Labour Housing Group as an individual member here for £25 or affiliate your Labour Party CLP or trade union branch for £30.
Posted by John Gray at Tuesday, September 03, 2013