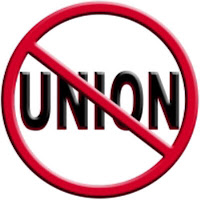 This morning Congress voted overwhelmingly against an otherwise worthy motion 36.  Which called for an enquiry into the premature deaths of people with learning difficulties.

The movers of the motion had been asked to remit but had decided against this.

The reason for the opposition was that for some reason in this otherwise important motion there was statement "congratulating" the charity Mencap.


UNISON General Secretary Dave Prentis on behalf of the General Council spoke to Congress about how Mencap was a leading advocate of the Government plans to close 32 Rempoly factories which cost 1000s of jobs. It also has a poor track record on employment standards and refuses to recognise trade unions.

A disabled delegate who was a former Remploy worker also spoke against the motion, accusing Mencap of “help hammer the nail” by writing open letters to the press which pushed for the ending of factory based supported employment leaving 2500 disabled workers on the scrap heap. Mencap was accused of betraying  vulnerable workers for its own self gain. This speaker received a standing ovation from the hall at the end of his speech.

Mencap was described as an anti trade union employer which also refused to recognise GMB members in former Southern Cross projects which is now subject to a 3 week court case in November.

Another disabled delegate whose relation had helped set up Mencap said that it was an organisation that was not of people with learning difficulties but says it speaks for them.  When challenged about this a senior manager said "you wouldn’t let cats and dogs run the RSPCA?. They are viewed as "asset strippers" or have jumped into bed with the Government to win contracts.
Posted by John Gray at Wednesday, September 11, 2013