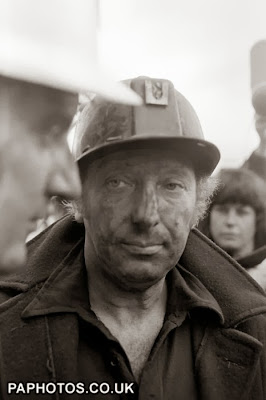 (this article was published in Professional Pensions 12 September 2013 on behalf of the AMNT. There is a typo at the beginning in the web link)

"When I first became a member representative on a British Pension Scheme in the middle 1990's many advisors and fund managers saw their role as maximising return and had little or no interest in responsible investment.

Ethical or Green funds were dismissed as fit only for tree hugging, sandal wearing muesli eaters. Engagement was something couples did before they got married and most attempts to discuss the social impact of investments were blocked in hushed, reverend tones with the magical words "Scargill v Cowan".

Followed by the explanation that the law forbids any mention of such evil thoughts on pain of instant surcharge. I do of course exaggerate but only slightly.

Since then there has been on the face of things, a profound change in attitudes towards responsible investment and governance. We found out that the Judge who presided over the infamous Scargill v Cowan case had actually hinted in his judgment that pension funds could have an ethical policy.

The report by international legal firm Freshfields in 2005 said not only was it permissible for funds to have an ethnical policy it was arguable their fiduciary duty to do so and trustees could find themselves sued if they didn’t have one! Nearly all investment houses now have (or claim) a responsible investment team.

There is also increasing recognition that pension funds should be focused on the long term and not simply obsess on short term volatility. The concept of “engagement” with companies by shareholders has become pretty mainstream. Schemes have a duty to try and ensure that the companies they invest in are properly run and well managed.

This is not only a duty but self interest. The 18th Century Father of Economics, Adam Smith, warned investors that they will be ripped off by those they employ if they do not play an active part as “owners”. But has it all really changed from “the bad old days”?

Pension trustees were accused of being asleep on duty during the lead up to the financial crisis of 2007. Lord Myners "Where were the owners when these disastrous decisions were taken...?”

How much influence do the corporate governance teams actually have? Is it only a marketing ploy and mere “window dressing”?

BP had a pretty rotten record for many years on environmental issues. So why didn’t investors change the company culture and prevent the Gulf oil disaster and the resulting shredding of billions of pounds of shareholder value?

Have any fund managers or advisors been sacked due to poor performance on engagement? If not, why not?

If responsible investment issues are so important why don’t pension advisors start each trustee meeting with this as their first agenda item?

Why do most managers reports to trustees make no reference whatsoever to Responsible investment?

I think on balance it has been a case of two steps forward and one step back. There is acceptance of engagement even if it is too often noise not substance. So there is still a job of work for trustees to do.

I think that it is easy to blame trustees and to forget how isolated many pensions trustees feel at their meetings. It takes a lot for lay people to feel confident enough to challenge professional advisors and fund managers. Yet this is a fundamental part of our job as trustees.

While we should not be micro managing those we employ to advise us we should be holding them very firmly to account.

Finally, never forget that Responsible investment is actually all about maximising return. Our mantra must be that such investment in companies with good governance will produce superior returns".

(Great picture of Miners Union leader, Arthur Scargill after a visit to a coal mine. Arthur sacked the union's legal team and unwisely represented himself at court in "Scargill v Cowan" case)
Posted by John Gray at Monday, September 30, 2013