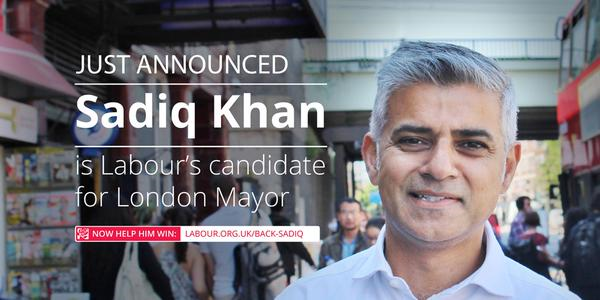 I have just heard that Sadiq Khan has been elected as the Labour candidate for London Mayor! Great news.

"The Tooting MP said he was "overwhelmed" and "deeply honoured" after the results were announced.

Mr Khan won 48,152 votes, a 58.9% share, in the fifth round of voting after four other candidates had been eliminated.

Ex-minister Tessa Jowell, regarded as the frontrunner going into the contest, came second with 41.1% of the vote.

Check out Labourlist for full breakdown of results. Sadiq won convincingly in all categeries: - Members, registered supporters and affialated supporters.