"Minding the Gap: The Role of SureStart Children’s Centres" 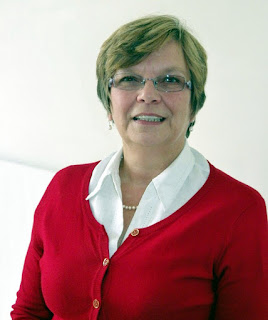 This is Newham Scrunity Chair, Cllr Dianne Walls OBE, speech last night to Full Council. Dianne is a former head teacher of a primary school and a children's centre. Newham Council is consulting on cutting the number of Children centres in the borough due to Government cuts.

"SureStart was one of the defining initiatives of the last Labour government- a plan to give young families and children the support they needed in the pre-school early years. The evidence was and is compelling. Around 80% of the results gap between disadvantaged children and their better off peers at GCSE is already present by the age of seven. Indeed the same is true of a whole host of other important attributes –from well-being and emotional intelligence to behaviour and concentration. In simple terms, in education, inequality begins too early.

Labour’s SureStart children’s centres were conceived as an answer to this challenge. Their whole purpose was geared towards closing the gap between disadvantaged children and those more fortunate; driven by a philosophy that “no child should be left behind” when taking their first steps inside a classroom. In addition, with educational achievement such a strong predictor of life-long success, the hope was, that over a period of time, the SureStart programme would begin to breakdown the cycle of deprivation in our communities.

Newham can be very proud of its commitment to and investment in Early Years, which has begun to realise excellent outcomes for children at the end of the Foundation Stage.

It takes time for investment in education, health and child development to show fruit and we are beginning to see those results coming now.But to quote from the latest paper of the Cambridge Primary Review Trust: “Britain remains a very unequal society. Child poverty persists in this, one of the world’s richest nations, and this social and material divide, maps, with depressing exactness, onto the gap in educational attainment…”

The beauty of SureStart is that it was a policy which tackled social injustice at source, whilst also providing a new community resource for parents and young families.

However, warnings made in 2010 about cuts to funding for SureStart children’s centres were more than justified, despite David Cameron’s protestations to the contrary.

Under the Coalition government and now under the Tories vital SureStart services in many areas are being savagely cut. This is perhaps one of the greatest tragedies of this government. If anything the evidence in favour of intervention in the early tears has become even more conclusive. The latest scientific research from fields as diverse as neuroscience and cognitive psychology{ Newham children’s centres were involved in this research with UEL} all point to the crucial bond between toddlers and parents for child development.

The evidence shows the dramatic consequences for a whole host of outcomes in later life:-health, wellbeing, material success and even employment opportunities.

That the Tories could be so neglectful towards the policy best placed to achieve this is short sighted and blinkered in the extreme.

In Newham we know better and because we have always tracked children as they move from children’s centres into primary school, we can show the benefits of the SureStart programmes. Children’s centre staff have also made possible the early identification of children with Additional Educational Needs giving them a better start in school or nursery. They also support and train to a high standard childminders in their networks, providing a much needed source of quality childcare. Other services frequently found in many centres include health and maternity services as well as parenting and ESOL classes for adults. Centres also help victims of domestic violence and those suffering from drug and alcohol problems by giving advice and sign posting them to appropriate agencies. The trust placed in the practitioners in the centres is at the heart of their success.

It will be a challenge for the Better Start in Life Guarantee to deliver even better outcomes for children, based on research about what are the most effective programmes to achieve this.

As a successor to SureStart, providing childcare, health services and much more, the new hubs should take their place at the centre of their communities. Hopefully, they will, through delivering integrated programmes in outposts and homes around the borough, provide services in a joined up way and attack inequality and disadvantage at its root. That is surely what so many of us are in politics to achieve and where we should be investing our scarce resources.