Is this why the Tories hate trade unions? 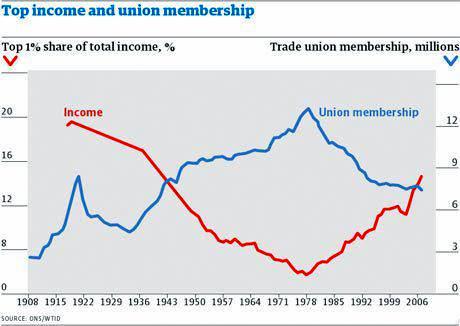 Fascinating chart. Now, I know that not all Tories hate trade unions but none of their MPs voted against the Trade Union Bill second reading on Monday even though this is a basic democratic and human rights issue.

If the unions have lower numbers of members then they are not in such a strong bargaining position with employers and wages are reduced while the income of senior management and rich shareholders rocket upwards.

So encouraging trade unions rather than attacking them is not only about democracy and human rights but also about fairness and equality.