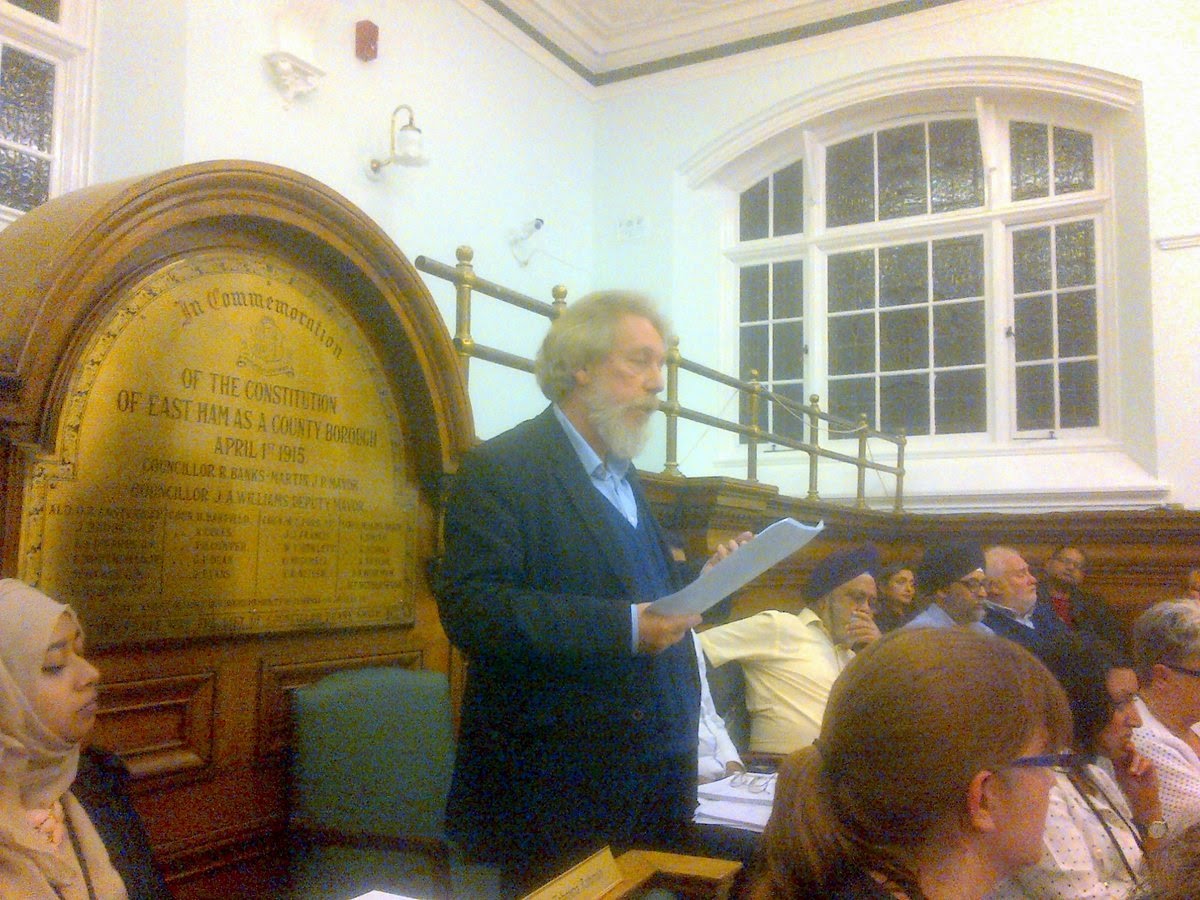 This is the speech that my fellow West Ham ward Councillor, John Whitworth, gave in the Newham Council Chamber on Monday evening.

"I am seconding the motion to actively support the TUC Demonstration “Britain Needs a Pay Rise” for three main reasons:

Social justice - People in full-time employment should be able to earn enough for them and their families to be able to live decently. At the present time this is often not the case. This Tory-led government until now has allowed the minimum wage to fall below the level of inflation, forcing the poorest paid make the greatest sacrifice in the austerity programme and increasing the gap between rich and poor even further.

Over the last 40 years there have been many improvements in British society, often resulting from the efforts of the Labour Party, but during this period the divide between the most wealthy and the poorest has continued to widen.

I believe that as members of the Labour Party we should have as a minimum objective to promote greater equality by reducing this wealth gap - and supporting the TUCs campaign to raise workers’ pay is a necessary step in this direction.

Responding to the call of the TUC to help organise the “Britain Needs a Pay Rise” march will bring the Council, party activists and residents together with the unions in a common cause to improve the pay and wellbeing of the poorest paid.

The Council, as an employer, has not always been able to side with the unions, but as Labour councillors I believe we have a vocation to support them in their defence of workers’ interests whenever possible. This is an occasion when the whole of the Labour movement can put pressure on the Coalition government to help the greatest victims of the government’s policies. In the run up to the General Election when the Coalition seems at last ready to offer the poorest paid more, our championing of their cause will only be judged to our credit.

Apart from the justice of the case for raising the minimum wage – and ensuring the means of enforcing it – the social benefits of better pay are well-known. In our borough where there are such a large number of low income families, the greater ability of workers to thrive by their own efforts will promote economic resilience and provide incentives for the unemployed to accept jobs that seem worth doing, thereby fostering the social integration of the newly employed.

Our participation in the march “ Britain Needs a Pay Rise” will send a message to poorly paid workers that we actively support their cause and do not accept the Coalition’s policy which has imposed on them the greatest sacrifice and so far has denied them the benefits of the recovery".

(Motion was passed unanimously - following the change in rules I think that John may be the first ever Councillor to be pictured speaking at a full council meeting?)
Posted by John Gray at Friday, October 03, 2014