West Ham helps out at Fairlop 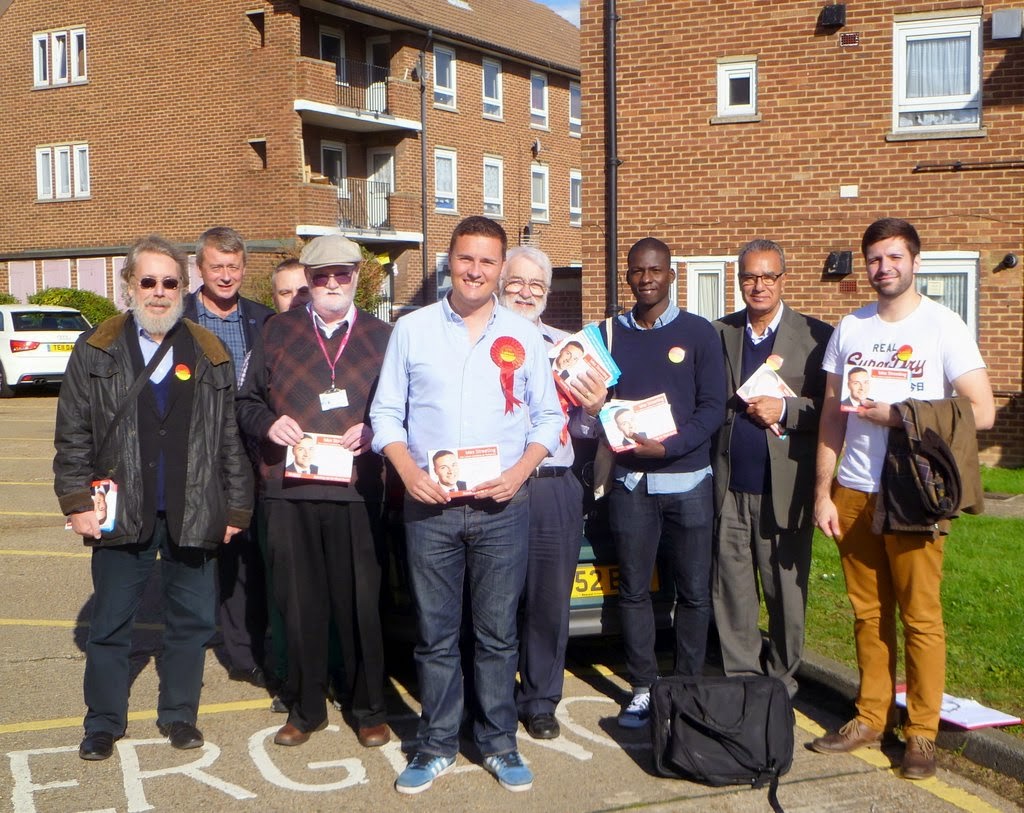 West Ham has been "twinned" by the London Labour Party with Ilford North for the General Election Campaign.

While we will continue to work hard for the Labour vote in West Ham it makes sense for us to help local marginals.

The General election will be won and lost in the marginals. If Labour loses and the Tories are returned then everyone in West Ham will suffer. So we need to help out where we can. By coincidence I am the Agent in West Ham and Chair of London UNISON Labour Link. UNISON Labour Link has also been asked to support Ilford North.

After this photo we split into 2 canvass teams. West Hammers went with veteran Redbridge Labour activist, Councillor Roy Emmett. The canvass went pretty well for Labour. I was pleased again to find former Tory voters who were now considering supporting Labour in May.

I had a frank but courteous conversation with a UKIP supporter who said she was voting for them because "its always in the papers about these immigrants who come over and claim benefits and abuse our health service...". I pointed out that although there was abuses which needed to be dealt with, the vast majority of immigrants come to this country to work and in fact the NHS would collapse without immigrants working for it. I also asked if she was aware that UKIP wanted to privatise the NHS if they won power? She didn't answer - but I think the penny dropped.

I use to know Barkingside very well but have not been there for years. At the end of the canvass we all stopped off at an old favourite of mine - "The Fairlop Oak" and over a swift pint or soft drink, tried to put the world to rights.