It's a rich man's world - find out how you compare 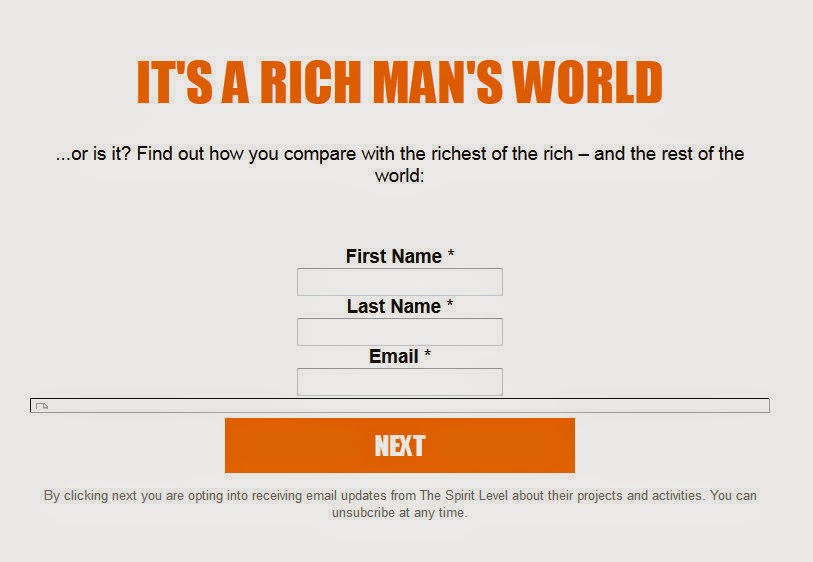 "Using data from the World Income's Database we have built an online widget which shows where your income stands relative to the 0.1% in the UK. Want to know how far off you are from the richest man in the world, Carlos Slim? Check it here now".

I am on a decent wage and this was my result:-

"This year you'll pay about £7,054 in tax – a whopping 0.00076% of the amount F1 boss Bernie Ecclestone has avoided paying over the last 9 years! He stores money in offshore banks, making it tax-free. Otherwise he'd have contributed about £1.2 billion.

When people and companies dodge tax it means less money for governments to spend on hospitals, schools and clean water – ultimately it's poor people that pay the price"