Campaign to Save Member Nominated Trustees: Trying to keep the City honest! 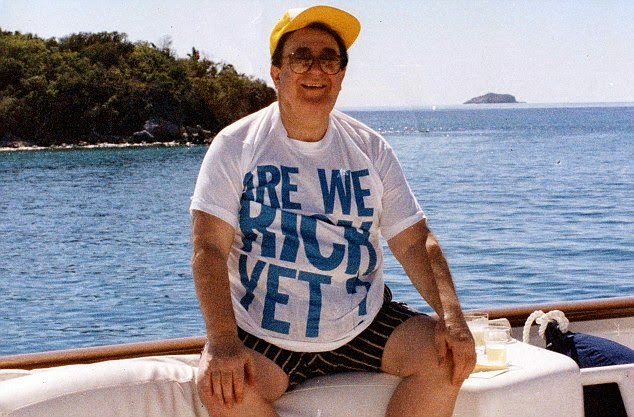 I was recently interviewed on the telephone by a researcher for the campaign group for responsible investment ShareAction.

They are rightly concerned that there is a move towards getting rid of independent member nominated trustees of pension funds and replacing them with "professional advisers". This is my edited record of the interview.


Q. We’ve been asked by civil servants to provide any instances of proof where having a member nominated trustee on a board actually resulted in different outcomes, compared with not including MNTs.  What would you say to this?

MNTs are often the only people from outside the often ‘cosy club’ of providers, advisers and consultants who are actually independent. They can be the only people prepared to ask difficult questions and challenge things like fees and charges, whereas an adviser who is themselves on £100k plus a year would not.  And they are far most sensitive about fees and charges because - it’s their own money!

MNTs are also often the only ones to really bring up Environment, Social and Governance (ESG) issues.  Many employers and providers pay lip service to this and claim they think it’s important but ESG is never actually an agenda item and often is not brought up at meetings unless the MNT brings it up.

MNTs are very dependent on their advisers, they don’t actually run the schemes themselves after all.  But advisers don’t have a fiduciary duty, their duty is to their employer or their firm’s partners.  MNTs have a unique fiduciary duty to members and this is absolutely crucial.

Q. We’ve often heard the criticism that pensions are very complex and MNTs just don’t have the expertise to do the job properly.  What would you say to this?

‘Rubbish’. It’s not true at all.  The Pension’s Regulator actually over-complicates the system in some ways.  There are many actors in the system who benefit from this complexity, the more complicated it is the more there is a need for experts to advise.  The recent research into local government pension schemes which showed active management to be a waste of money is evidence of this.  When I was first involved in governing a pension scheme, in the early 90’s, we  had 2 or 3 investment funds – who did fixed income, equities and property for example.  Now schemes have 10-11 funds.  Its all got far too complicated and far too expensive.

If people can make money from complexity and being experts than they will, it’s just the way of capitalism and a reasonable response to systemic incentives.

Saying that, we do have to be honest that not all trustees are up to speed, we are carrying some deadwood in the system.  This is sometimes because they don't have the support or haven’t been given the training, or they haven’t been shown why the training is really important.

Some MNTs are selected for the role, rather than being elected, and I do worry that in some cases individuals are deliberately selected because they won’t really challenge the employer or provider.  Its human nature, if the people responsible for administering the pension scheme choose who sits on the trust board, why would they want to choose individuals who are going to give them a hard time?

I knew a really capable MNT, one of the best I have ever known, who who was kicked off the board because she challenged the scheme too much in one respect.  She refused to ever vote on a matter if she hadn’t been sent the papers at least 24 hours in advance, she was very diligent and capable but she was managed out of the role.

Churchill said "Democracy is the worse form of government - apart from all the rest". MNT's should always be directly elected by beneficiaries in my view.

Q. What is the biggest challenge that you face in carrying out your roles as an MNT?

Getting sufficient time off work, to stay on top of all the developments in the pension world and go on training courses, to do necessary reading as well as attending the actual trustee board meetings. Some employers are very good at giving reps enough time off to do these roles but others aren’t.

Q. Is there anything that we should be calling for the regulator to do to improve this situation?

There is already guidance that says that time off should be given to trustees but this guidance needs to be clearer – for example it could specify that time off is needed for reading and training as well as attending the meetings.  There is about a day’s worth of reading to do for each meeting.

I don't think as a rule that MNTs should be paid for their roles, as they are managing their own money, but the employer could be reimbursed by the scheme for giving them the time off and if a MNT is out pocket, they should be fully reimbursed.

Q. Apart from providing a fresh, non-industry perspective and asking challenging questions, what are the other benefits of having MNTs on the board?

It gives the members confidence in the system when they can see that they have their own representatives involved in governing the scheme.  This is essential because many members have a real distrust of the scheme or the employer and this is preventing them from saving enough.

In some good schemes they have an AGM once a year where trustees can talk to ordinary members and often encourage them to join the scheme. Senior management or PR type people just can’t talk to members in their own language in the same way.

Member reps are essential for building trust in the system and proper accountability. I have lived through so many scandals in the Financial services industry, like Maxwell, Equitable Life, 2008 etc, and it should be obvious to everyone that people from outside the industry need to be involved in governance to stop foul play.

Q. We have been calling for more schemes to hold AGMs, but hear the criticisms that they won’t work, no one will come, it’s a waste of money.  What is your experience?  Do AGMs work?

Yes they do.  Many schemes typically get very good turnouts.  I have been to AGMS of FTSE 100 companies where the turnout was much worse than at a pension scheme AGMs – and the quality of questions was poorer too.

Q. What kind of things do people ask questions about mainly at pension scheme AGMs?

Benefits.  And after that ESG is the next biggest topic. Employers and providers are very nervous about ESG issues but they aren’t actually doing anything about it.

Q. You’ve said that ESG is on the radar of trustee boards and pension schemes, but what can be done to move things to the next stage of getting them to act?

We need to get the message across that it makes good business sense to incorporate ESG.  This approach is better for getting your money to grow in the long-term than chasing short-term, speculative returns.  The funds I am involved in are not ethical funds, but they still care about investing ethically because it’s best for the fund.  There are still, unfortunately, a lot of people out there who thing that ESG is just for tree-huggers

Q. What kinds of mechanisms should schemes (trust-based and IGCs) put in place to open channels of communication with members, apart from AGMs?

Schemes should have good websites and newsletters, where they profile trustees.  I have seen organisations who do a ‘trustee of the month’ feature, for example, which works well.  Large organisations can also post things on notice boards in communal areas.

Q. What have been your proudest achievements during your time doing these roles in pension governance?

My proudest achievement is getting a proper reaction from the fund management industry to the Rana Plaza disaster and other factory fires in Bangladesh. A lot of fund managers initially didn’t get why this was important and we had some very "difficult" meetings.  We did succeed in convincing fund managers to take appropriate action to try and ensure that this type of thing does not happen again.  This was particularly important in my pension fund as a lot of scheme members are of Bangladeshi origin.

The TUC, AMNT and UNISON stewardship networks have been very useful for achieving these sorts of aims and I  has seen how actions these schemes have taken have filtered through to the wider industry.

Schemes need to recognise that it’s just not good for them to shut out the members.  They should welcome MNTs as these people help schemes to realise their own weaknesses.  The industry should know this.  There is no ‘invisible hand’ regulating the market. We try and keep schemes honest and successful. Nothing more and nothing less.

(I suspect that many will not know who is the person in the picture - it is mega pension thief Robert Maxwell)
Posted by John Gray at Tuesday, October 14, 2014