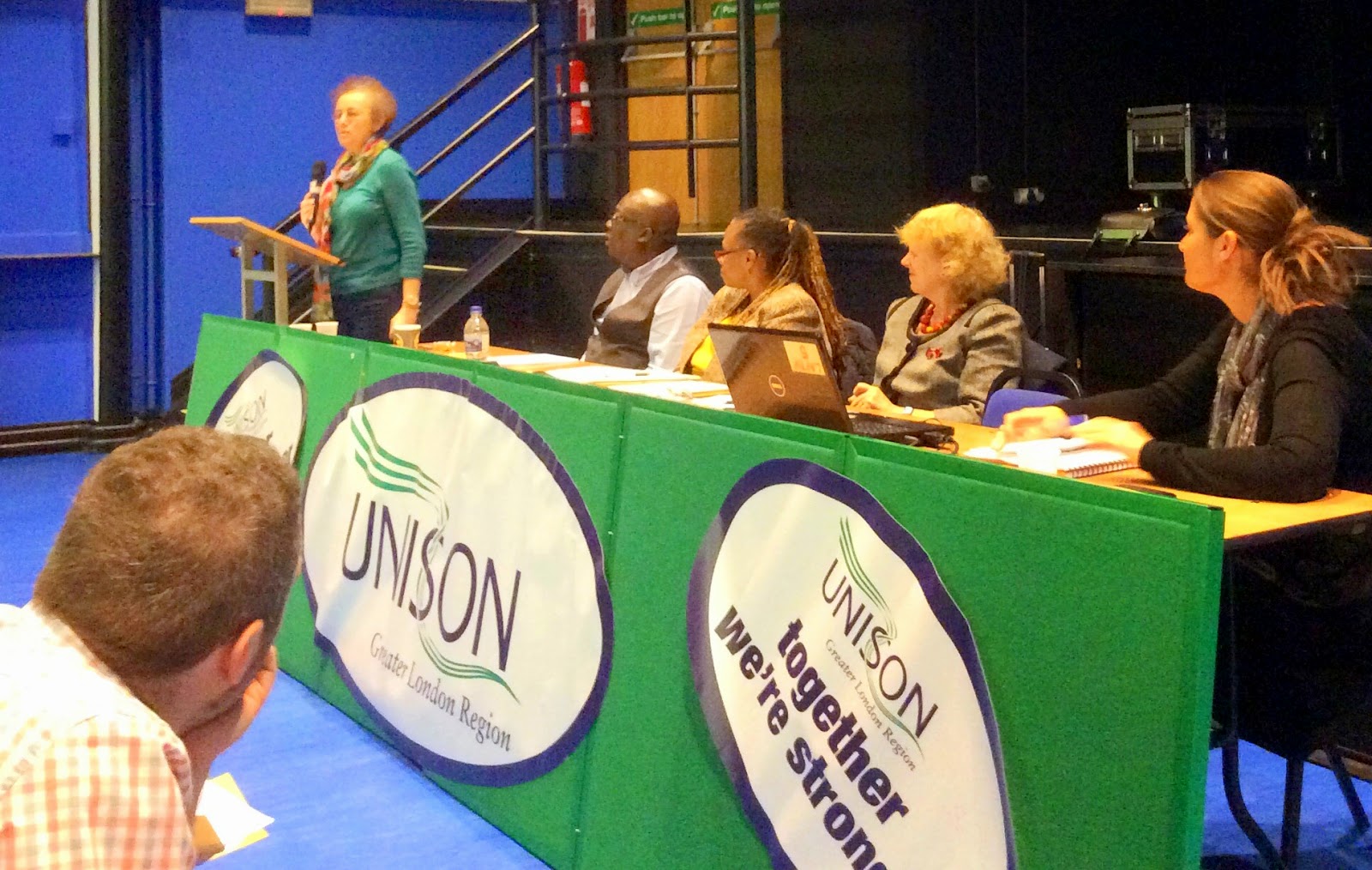 Before she retired from Tower Hamlets Council, Jean was my  Branch Secretary and a senior UNISON NEC member. She is also the daughter of Phil Piratin who was the Communist Party MP for Stepney 1945-1950.

Jean described how appalling and openly corrupt many of the UKIP MEPs and Councillors are. While many of them are good for a laugh, the leaflets UKIP have put out are worse than even the fascist BNP!

They have organisers who use to work for the National Front and see nothing wrong with this.

The recent shambles in the European Parliament has seen them form an alliance in order to gain EU funding of £1 million (from us tax payers) with Polish anti-Semitic racists and Holocaust deniers.

While they are not  a serious threat in most of London at the moment we have to be vigilant. UKIP can be defeated. In May 2014 when there was local election as well as Euro elections, voters tended to vote UKIP for the EU since they did not think it was important and mainstream parties for local council.

All polling indicates that although they do have real support, the majority are positively opposed to them and actively dislike the UKIP.

So what we need to do is get the anti UKIP vote out.

In the May elections in the North West, there was was a massive anti BNP and UKIP campaign which resulted in them getting only 6 Councillors in the whole of the region. Compare this to similar areas in North and Midlands where they got far more.

We need to expose UKIP and look at what they say and their voting record in Europe. Such as their views that women deserve less pay, their wish to privatise the NHS and destroy workers employment rights.

We need to get this message out what UKIP is really about. We also need to get people to register to vote and set an positive agenda for multiculturalism in London. Jean encouraged all UNISON branches to affiliate to Hope not Hate!
Posted by John Gray at Wednesday, October 22, 2014