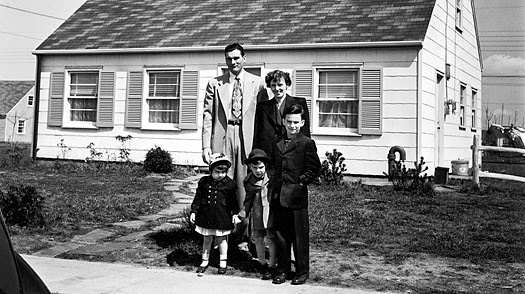 Quote from the Tory supporting "The Times" (2 October 2014). Not sure that earning £20k per year makes you "middle class" though? Stuff about the waste of money on housing benefit instead of being used to build new homes at decent rents is telling.

"A study by the National Housing Federation shows an increasing number of middle-class households are having to rely on housing benefit to pay their rent. The research shows middle-income households earning between £20,000 and £30,000 a year accounted for two-thirds of all new housing benefit claims in the past six years, whilst the proportion of households seeking benefits despite being in work has doubled to 22% since 2008.

The Times states that in the 1970s, 80% of government housing spending went on building homes, with 20% on housing benefits but now, with the annual housing benefit bill stood at £24bn a year, the proportions are the other way round. (The Times, Page: 2"
Posted by John Gray at Saturday, October 04, 2014

Why would the middle class want to live in Newham, when they can get to live in Islington, paid for by housing benefit.

As I said, I don't think you are middle class if you earn £20k per year.

The growing middle class as a whole are quite happy living in Newham.

I work in Islington on most days and it is one of my favourite London boroughs but far too expensive and not quite as nice as Newham.