Future of the Local Government Pension Scheme - LAPFF at #Lab14 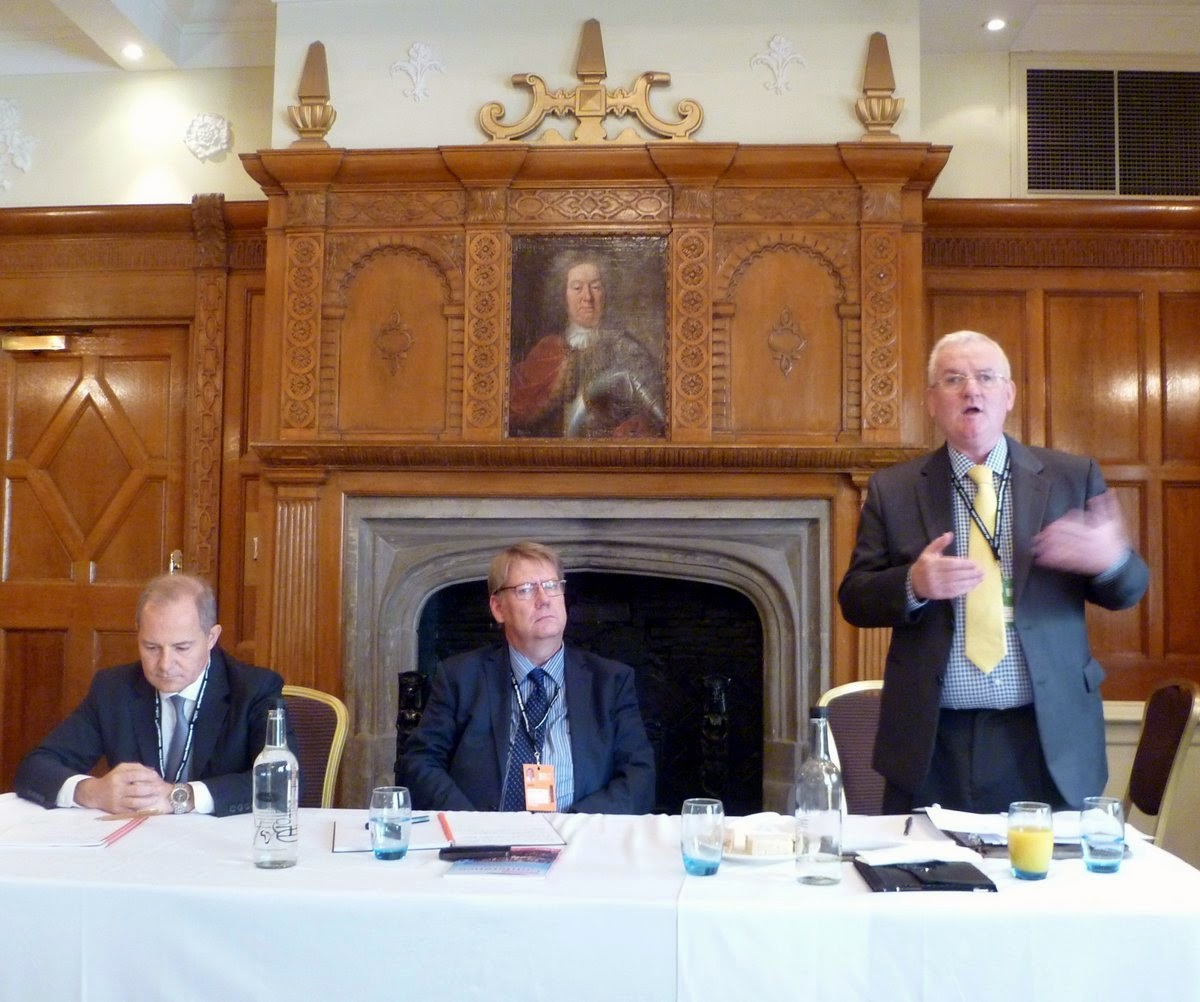 Still catching up on my posts from Labour Party conference. On the Monday lunchtime I attended the Local Authority Pension Fund Forum (LAPFF) fringe.

The Chair of LAPFF, Cllr Kieran Quinn (standing in photo) spoke first on the future of the Local Government Pension Scheme (LGPS) and that the government had lost its nerve about forcing the merger of the schemes. He doesn't know if it will be on the agenda of any new government post May next year.

Kieran believes that fees are too high and by acting collectively you can drive out costs but decisions should be made locally. The government also seems to be backing off forcing schemes to invest in passive rather than actively managed investment funds.

Next speaker was Henry Boucher (on left), who is a fund manager and partner of Sarasin & Partners.

Henry is an active fund manager. He posed the question "Is active management really worth it?" and answered it by saying not all active managers are worth it and some are indeed over paid. But in the LGPS there are better results for lower fees than many other investments in the world. Research has shown that 40% of all fees are taken by only 10% of asserts,  mostly hedge funds.

He thinks the chief problem is that shareholders fail to hold companies to account. The USA even use to have what was called "bearer share certificates" with no names on them. Companies ran themselves. Chief Executives are being allowed to pay themselves too much. It cannot be right that they get an average $30 million per year.

He wants companies to be run properly and not use slave labour or destroy the environment. We need state of the art governance. The LGPS is good on this but needs some changes. However, it doesn't make sense to have all investments in passive funds.

My question about changes in LGPS governance with the requirement to involve employees more and how the panel thought this would happen?

Kieran thought that a greater scrutiny role by employees is for the good. The more diversity in boards the stronger the decision making process. He understands that some of the trade unions think there is a democratic deficit in the LGPS.

(Chair was Alan MacDougall from PIRC)
Posted by John Gray at Monday, October 06, 2014