Focus 15, Occupation and the Carpenters Estate 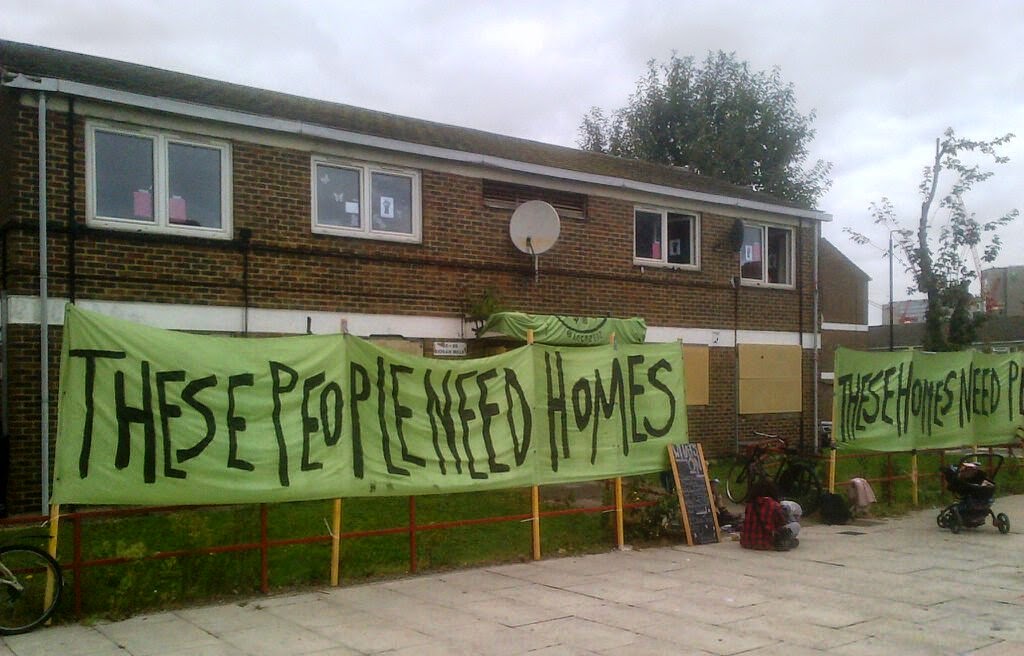 It was good to read on Friday that Newham had managed to let out some of the long term void properties on the Carpenter Estate to homeless residents.

I had received a large number of complaints by ward constituents and many other people about the way that the Council had dealt with the occupation by Focus 15 mothers and their supporters of 4 flats on the Estate.

At the Full Council meeting on 29 September, Cllr Rokhsana Fiaz OBE and I raised emergency formal questions to the Mayor, Sir Robin Wales.  After the meeting there had been unacceptable violent and aggressive scenes outside East Ham Town hall by some supporters of the occupation.

Later that week on the way home from work, I went to visit the occupation with my fellow West Ham ward Cllr, John Whitworth. A number of Newham Councillors had visited the site.  Relatives of Councillors and local Labour Party members were also assisting the occupation.

John and I spoke to Focus 15 Mums and supporters in what turned out to be a 30 minutes long outdoor discussion on the future of affordable housing in London (and elsewhere).  This debate was at times passionate and pretty lively but generally polite and constructive.

My basic argument was that it had been accepted that Newham Council had not always acted properly with the Focus 15 Mums (the Mayor has apologised) the problem of affordable housing is a wider political issue. To make housing affordable in a high rent area such as London someone has to subsidise the cost. In the past the State used to accept responsibly for ensuring that its people had access to safe, secure and (truly) affordable homes. Even the Tories in the 1950s used to compete with Labour on who could build the most homes each year on a social rent (50% of market rent).

Councils and Housing Associations can always manage their stock and developments better but until the State puts its hand in its pockets and takes its responsibly to people seriously again then we will not solve the housing crisis in this Country. Instead of wasting money on housing benefit we should be investing this in homes but this will not be enough. Subsidy requires money....lots of money. This is a political truth that we will all have to grapple with.

Unfortunately John and I were not able to actually visit the block since by the time our discussion was over the campaigners were holding an urgent meeting to discuss legal issues regarding the pending court case by the Council to recover the properties.
Posted by John Gray at Sunday, October 26, 2014

"At the Full Council meeting on 29 September, Cllr Rokhsana Fiaz OBE and I raised emergency formal questions to the Mayor, Sir Robin Wales."

I thought you were all poodles?

" Relatives of Councillors and local Labour Party members were also assisting the occupation."

Is this a coup? or some orchestrated move by Newham Labour?

rather silly questions to serious issues.