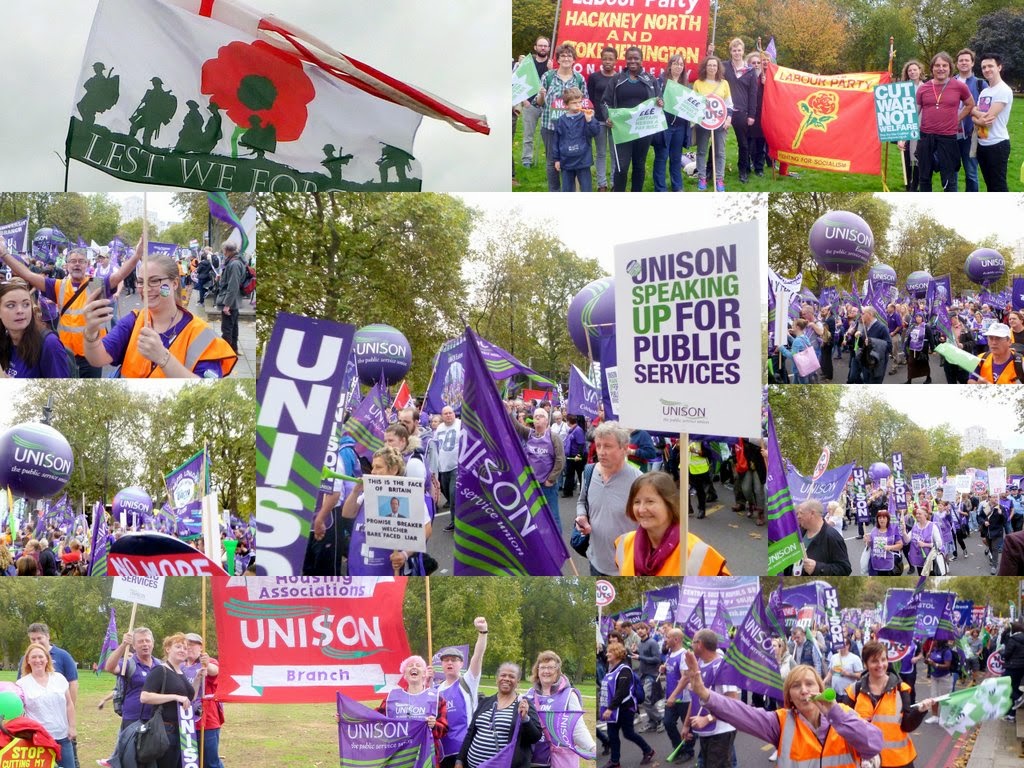 Picture collage from today's TUC "Britain Needs A Pay Rise" March in central London. I was in between my branch (UNISON Greater London Housing Associations) and the London Regional banner. The March was I think a fantastic success. UNISON did the TUC proud.  At the rally I also joined up with West Ham Labour Party comrades.

I met with many London and national trade union and Labour colleagues and discussed a number of issues including the Union busting attempt by Catalyst Housing Association to attack their workers' human rights.

The key message of the March was of course that workers are currently facing the biggest squeeze on incomes in recorded history. Wages have fallen in real terms every year since 2010. No wonder they are angry and we have seen a rise in support for far right racist parties such as UKIP.

When we marched past the opulent Ritz Hotel and then the busy Fortnum and Masons in Mayfair, one of the most expensive and wealthy areas in the world,  I thought not only does Britain deserve a pay rise but we evidently can afford it. In fact the risk to social cohesion from mass poverty, unaffordable housing and food banks is such that it is in the long term interests of the wealthy that we get a pay rise. If nothing changes, people will not continue to march peacefully for ever.

More pictures from today on my Facebook page here.
Posted by John Gray at Saturday, October 18, 2014