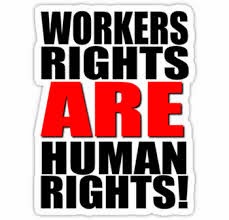 "In a move reminiscent of American style union busting, Catalyst Housing Association has responded to a request by UNISON to meet the Chief Executive and discuss bullying of stewards, and their very poor industrial relations record, by issuing a letter confirming that they intend to derecognise the union.

This is despite Chief Executive, Rod Cahill, only a few weeks ago at a housing fringe meeting at the Labour Party conference telling the fringe that Catalyst does recognise trade unions. This fringe included leading Labour Party figures.

However, Mr Cahill also stated at this meeting that Housing Associations are private bodies and not accountable to anyone but themselves.

UNISON Regional full time officer Colin Inniss said "I have been trying for several weeks to meet up with Mr Cahill to discuss complaints about bullying in Catalyst. A day after I chase a response we get this letter announcing that they are terminating the recognition agreement, without even the courtesy of a meeting to explain why they are thinking of doing this!

Housing Association Branch Secretary John Gray said "To be clear, Unison is the biggest union by far in the social housing sector. Unison is a moderate and sensible union but we will not tolerate union busting in this country. We always want to talk with employers if there is a problem and resolve things whenever possible. This is an attack on human rights. It will also be seen as an attack on the whole trade union movement in this country. This has the potential to be an extremely prolonged and damaging dispute the likes of which has not been seen before in our sector.

I call the Board of Catalyst to step in and withdraw this union termination letter and facilitate urgent talks with unison and management before this gets totally and utterly out of hand.

Notes for Editors
1. UNISON’s represents over 60,000 members in the Community and Voluntary sector.
2. UNISON has recognition agreements with most of the G15 Housing Associations – London’s 15 largest housing associations.
3. Catalyst Housing Association own and manage over 21,000 properties in London and the South East
4. In 2013/14 Catalyst Chief Executive, Rod Cahill, received a pay increase of 9.7%; frontline staff received a 2% increase.
Posted by John Gray at Friday, October 17, 2014