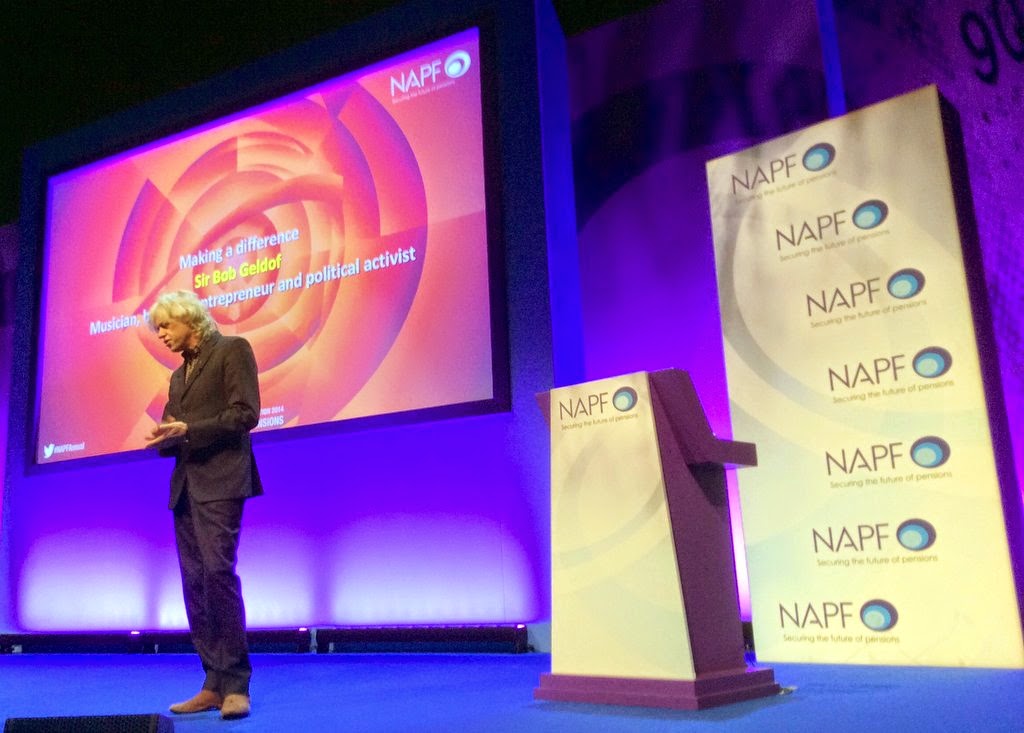 Last week I went for the first time to the National Association of Pension Funds (NAPF) Annual conference in Liverpool.

The opening speaker was someone who was pretty influential in my teenage years for his music and who later became a respected world figure for doing more than anyone else to feed millions of starving people in Africa, Sir Bob Geldof.

To honest, I was just a little sceptical beforehand about how much an ageing rock star had to offer the British pension fund industry, but I was and I think others present, were pleasantly surprised.

He started by saying that "...after 40 years in rock and roll I end up talking to a bunch of pension geeks!"

He was a little rambling at times, talked about the risk of international war and Putin Russian adventurism, but also gave a convincing argument about how Africa is the home of some of the world's fastest growing economies.  Also that there is a business case for pension funds to invest in Africa, not for charity but as long term investors seeking returns.

Interesting start to an interesting conference, on which I will post more later.
Posted by John Gray at Sunday, October 19, 2014