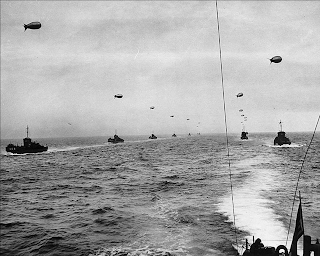 Ed responds to the disgusting story about his late father by the "Daily Hate". I wonder how many of these so called "journalists" have ever risked their lives fighting for this country?


(Guardian) "Labour leader Ed Miliband was engaged in a bitter personal and political battle with the Daily Mail last night, accusing it of smearing his father by asserting he was unpatriotic even though he had fought in the second world war for Britain against the Nazis.

Following discussions, the Mail's editor Paul Dacre agreed to publish a very personal right of reply by Miliband, rebutting claims in a piece published on Saturday asserting Miliband's father, Ralph, was a Jewish Marxist who hated Britain and its establishment.

The row has echoes of Miliband's decision to take on Rupert Murdoch's News International over phone hacking.

Ed Miliband's father was a Jewish refugee who fled to Britain ahead of the second world war and then fought for the Britain. The original Mail article said Ralph Miliband had no love of Britain and, indeed, hated the country.

In his piece published by the Mail on Tuesday, Miliband asserted: "It was June 1944 and the Allies were landing in Normandy. A 20-year-old man, who had arrived in Britain as a refugee just four years earlier, was part of that fight. He was my father. Fighting the Nazis and fighting for his adopted country.

"On Saturday, the Daily Mail chose to publish an article about him under the banner headline 'The Man Who Hated Britain.' It's part of our job description as politicians to be criticised and attacked by newspapers, including the Daily Mail. It comes with the territory. The British people have great wisdom to sort the fair from the unfair. And I have other ways of answering back.

"But my Dad is a different matter. He died in 1994. I loved him and he loved Britain. And there is no credible argument in the article or evidence from his life which can remotely justify the lurid headline and its accompanying claim that it would 'disturb everyone who loves this country'."

After defending his father and his patriotism, he concluded that the Daily Mail article was of a different order to the normal criticism politicians faced. "I know they say 'you can't libel the dead' but you can smear them," the Labour leader wrote.

"Fierce debate about politics does not justify character assassination of my father, questioning the patriotism of a man who risked his life for our country in the second world war or publishing a picture of his gravestone with a tasteless pun about him being a 'grave socialist'.

"The Daily Mail sometimes claims it stands for the best of British values of decency. But something has really gone wrong when it attacks the family of a politician – any politician – in this way. It would be true of an attack on the father of David Cameron, Nick Clegg, or mine.

"There was a time when politicians stayed silent if this kind of thing happened, in the hope that it wouldn't happen again. And fear that if they spoke out, it would make things worse. I will not do that. The stakes are too high for our country for politics to be conducted in this way. We owe it to Britain to have a debate which reflects the values of how we want the country run."

Although the Mail published Miliband's piece, it repeated its original claim and ran an editorial refusing to apologise over what it called an "evil legacy".

The Labour leader's office responded to the Mail editorial saying: "Ed Miliband wrote his right to reply article because he wanted to state clearly that his father loved Britain.

"He wanted the Daily Mail to treat his late father's reputation fairly. Rather than acknowledge it has smeared his father, the newspaper has repeated its original claim. This simply diminishes the Daily Mail further.

"It will be for people to judge whether this newspaper's treatment of a war veteran, Jewish refugee from the Nazis and distinguished academic reflects the values and decency we should all expect in our political debate."

The row comes at a sensitive time as the privy council decides this month whether to accept a royal charter proposed by leading newspaper groups or by the three main political parties". (Picture of Royal Navy on route to Normandy for D Day 1944)
Posted by John Gray at Tuesday, October 01, 2013

The daily mail is a repulsive read. I only read it on the internet to pass a few minutes of my time. This news outlet detests the British working class. They detest the weak, the disabled and the unemployed. The hatred they show towards working people should be made illegal. The filth what is the daily mail should make an apology and a substantial donating to labour funds

Bearing in mind their history and current stories I think they are more bothered by him being Jewish rather than a Marxist.