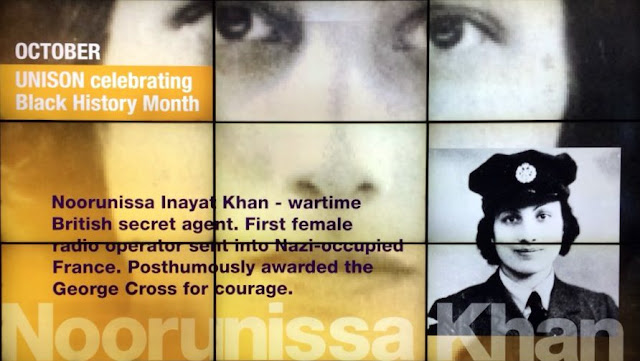 Before she joined the SOE as a secret agent and was sent to occupied France, she worked with the mother of one of my branch UNISON stewards in the Women's Auxiliary Air Force as a Battle of Britain wireless operator

This brave woman volunteered to risk her life and ended up being horribly murdered by the Nazi.
Posted by John Gray at Saturday, October 05, 2019