Sadiq Khan: Delivering Change For All Londoners (and Social on Sunday) 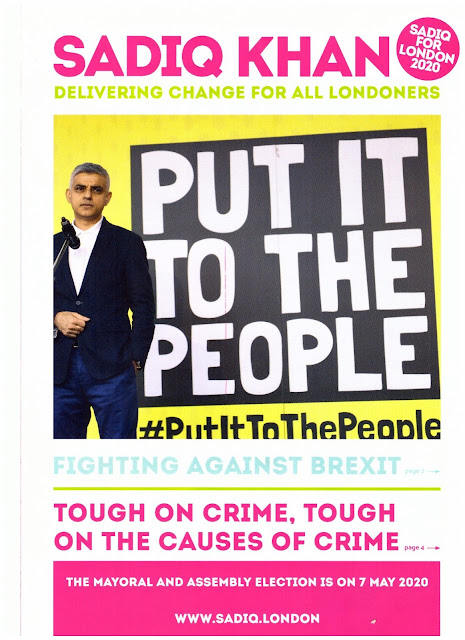 I collected the latest Labour Mayoral and Assembly election leaflets this afternoon for distribution by Party members in Forest Gate North and West Ham wards. Until the General Election is actually declared (and some people are arguing that it should also be the same time as the GLA and local elections in May next year!) we should concentrate on the battle to re-elect Sadiq as Labour Mayor and ensure we have a majority of Labour London Assembly members. I want (and expect) a General election asap!

This pro-Labour campaigning will also help us win in any general election.

Remember Sadiq has ensured that in Newham we have the money to build at least 1000 Council homes at Council rents. We cannot put this funding at risk!

We have to hand deliver these leaflets as soon as possible so if you are a local member please contact your ward organisers asap and offer to help. If you don't know your organisers ask your Labour Councillors.

In meanwhile, we have a campaigning session and social on Sunday 6 October in Cody Docks (see below) 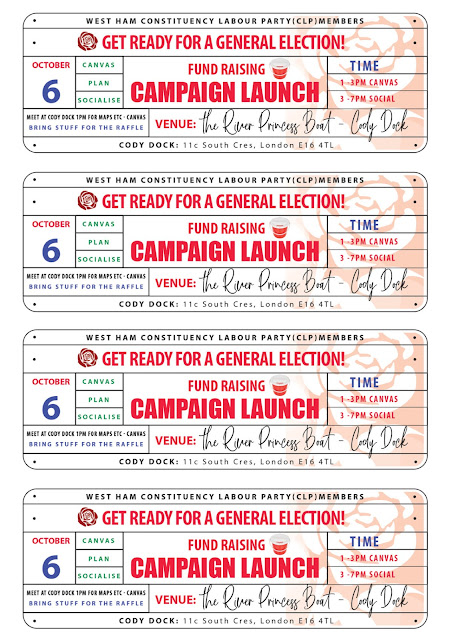 Update for West Ham ward members: London Labour Party have sent West Ham CLP 45,000 Sadiq Khan leaflets which we must deliver before a General election campaign is called. Our Ward has 4300 to deliver.

We have split the ward into 20 different delivery routes. If you can do a route that will be great but if you can only deliver to your own street that is fine.

Please contact Cllr John Gray if you wish him to drop off leaflets and routes.

Tomorrow (Sunday 6 October) at 1pm we are meeting outside ATL Café, 125 Plaistow Rd, London E15 3ET to leaflet then at 3pm we will go to the Labour Party Social in Cody Docks.

If you want to pick up leaflets to deliver later then please meet us at 1pm at ATL or 3pm at the social.