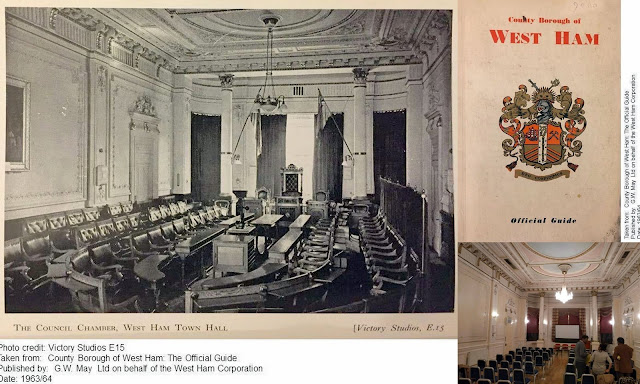 Hat tip @lccmunicipal for this official guide to the"County Borough of West Ham" from 1963/64. Many London Boroughs at the time issued similar guides. Before 1965 West Ham and East Ham Boroughs were separate and independent London Councils. It is notable that this guide makes no reference to West Ham Council about to be merged with East Ham to form the London Borough of Newham.

The main picture is of the Council Camber in West Ham Town Hall. It is now called the Will Thorne Room (after the former Labour Mayor, MP and founder of the GMB trade union) Old Town Hall, Stratford.