A visit to a factory that builds homes 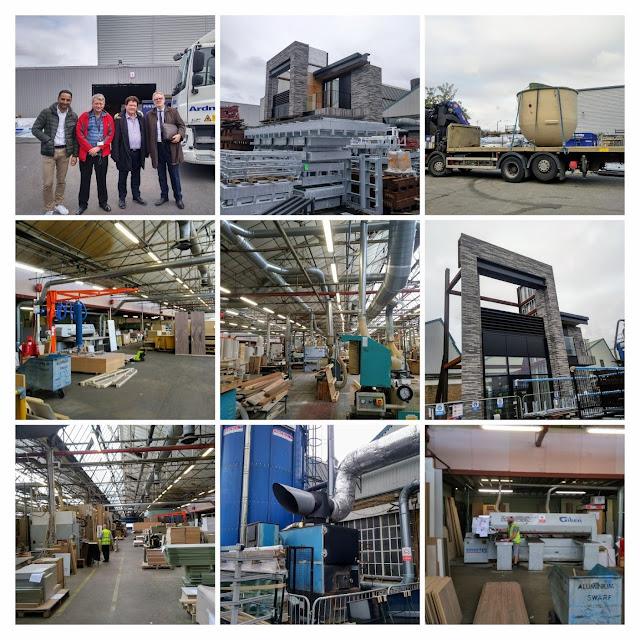 Yesterday Cllr Shaban Mohammed and I went to visit a factory and warehouse operated by Ardmore Group in Enfield. We were invited to attend following a presentation I had heard on how factory built modular housing could help Newham Council tackle our housing crisis.

We went with the head of our Temporary Accommodation unit, since my chief concern as cabinet lead, is the inadequate and very expensive supply of good quality, well managed and local homes for our 5,200 Newham homeless families.

The argument for modular housing (factory built) is that it is cheaper and much quicker to manufacture new homes in factories and assembly on site rather than using traditional building methods. The counter arguments are that it may be quicker but it is not always cheaper in practice and that quality can be poorer.

Newham Council has set up an investment board of financial and housing experts in order to work out what is the best way forward.

In the meanwhile it was really useful to tour the Ardmore Factory with its very personable and knowledgeable, Managing Director, Cormac Byrne (who had arrived from Ireland as a young man with a £50 loan from his mother in his pocket and had gone on to build up this now huge multi-national construction company with his brother).

The factory at the moment is manufacturing parts for new high quality hotels but has in the past (and can in the future) quickly convert to build homes for social housing at fixed prices and to agreed design standards.

Ardmore Group are one of a number of different organisations who are pitching to Newham on similar deals. The actual decision on who to partner with will be taken after a fair and transparent procurement process.

I did, however, enjoy the tour of the factory since it was good to see real stuff being manufactured and worked upon in the UK. Skilled craftsmen and women were using sophisticated machinery to cut and measure joinery, metals and stone, which were then worked upon with more traditional tools to finish the job.

My own father was a City and Guilds trained electrician and I am sure that he would have appreciated the high quality work and skills shown to us during our tour.
Posted by John Gray at Saturday, October 05, 2019