Should DB schemes open to new members get special treatment? (and why DC schemes are so rubbish in comparison) 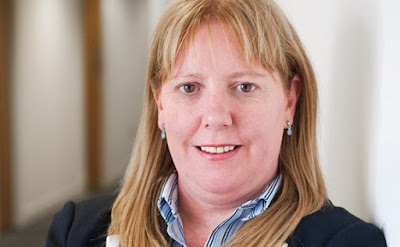 I had a name check in this interesting article below. Modern defined benefit (DB) pension schemes are the only way that ordinary working people will be able to enjoy a secure retirement.

I recently pointed out to a journalist that in the DB Local Government Pension scheme (which I am member) employer and employee contributions are currently capped at 19.5% of salary yet this should provide a reasonable pension for staff who have worked for 40 years.

I asked him if he had calculated how much of his salary would have to be invested in a Direct Contribution (DC) pension to match the benefits of the LGPS DB? He said 70% of his salary.

I really hope that the Labour Party manifesto will include a commitment for a rebirth of Defined Benefit Pension schemes.

at a glance Private sector DB schemes are in decline but 737 remain open to members Some argue running them differently to closed schemes might increase their sustainability. Others worry two sets of regulations could cause problems

With one in eight DB schemes still open to new members, Michael Klimes explores the argument that they should be run differently from closed ones

Defined benefit (DB) schemes have been in decline for a long time, with the past few years seeing an increasing number closing to future accrual or new members.

Sponsoring employers have been shutting schemes due to the higher cost of running them, driven by longevity improvements and sustained low gilt yields.

However, there is a view that defined contribution (DC) provision is inadequate and that DB schemes provide better income and therefore should remain open.

Some even argue the government should consider introducing regulations to allow open DB schemes to be run differently from closed ones.

First Actuarial founder Hilary Salt believes open DB schemes should be allowed to be run differently from closed plans for three reasons: Their time horizons are much longer, the employer is not focused on a buyout, and the scheme can benefit from the fungibility of money.

"Because the scheme has no need to sell investments, it can invest in more volatile but long-term, higher return asset classes," she explains. That makes the scheme better returning for all its members - or in other words, it produces pensions more efficiently.

"The difference means an open scheme can invest more productively in long-term assets - in the kind of infrastructure projects we need to rebuild the UK economy and solve the productivity puzzle."

However, the discussion skews the advice given to trustees. "As the general expectation is that employers don't want any risk in their schemes and just want to be rid of them, advice narrows into how to best reduce risk - which basically means buy more bonds and aim for buyout," Salt adds.

Therefore the efficiencies of open DB need to be highlighted carefully as there is a tendency for people to misunderstand them. "Some just say that if a scheme is relying on new members, it's a Ponzi scheme - but this is not the case," she adds.

As pension contributions can be used to pay the benefits of existing pensioners, this makes open DB schemes more efficient than DC, she argues.

"The money to pay for everyone's pensions is being saved but the scheme is simply providing benefits for past, current and future generations of workers in the most efficient way for the employer."

Tower Hamlets local government scheme pensions board member John Gray agrees, arguing the debate about DB has not helped. "There has been a huge error when we discuss the running of DB schemes. Closing DB schemes does not get rid of the deficit as the investment moves away from equities towards bonds. That generates lower returns and employers have to put in more money. Well-run open schemes are safer and more sustainable."

How might the government encourage open DB schemes to carry on? One way could be for the government to skew tax relief for sponsors that provide some element of DB in their pension offering to employees. However, this is unlikely given the stance of the Treasury.

A second option is to look at some type of compromise between DB and DC such as the risk-sharing proposal at Royal Mail. In March the Communication Workers Union (CWU) called on the postal service to merge its DB and DC members into a risk sharing scheme as a compromise for closing its current career average DB scheme to accrual.

However, Royal Mail argued it would be too risky and has instead offered its employees a cash balance DB scheme.

Pensions Management Institute president Kevin LeGrand is sceptical the government wants to revive DB and thinks there would be many challenges by having different regulations for open and closed schemes.

"It would be very difficult to run two types of regulatory regime, dependent upon this difference in status and I'm not sure where the differences would be," he says.

"For example, one might say that funding approaches should be different, with an open scheme perhaps being allowed to carry a larger funding deficit. But that can be done under the current rules, and in any case might depend more on factors such as the strength of the employer's covenant, rather than the status of the scheme. Any differences of approach might in future be more likely to be driven by political views."

He says: "At the end of the day we want the pensions system to work and be most advantageous for their members. At times we [the industry] can lose sight of the point of pensions. Sometimes I go to conferences and the members are not even mentioned, just the mechanisms and logic."

With one in eight DB schemes still open to new members, and as DC is still evolving, it is sensible for the government to consider different regulatory approaches for open schemes. However, any change must be carefully thought through".
Posted by John Gray at Wednesday, May 10, 2017