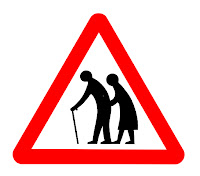 Marks and Spencer has revealed that its pension surplus fell by £131.3m in the year to April 2017 due to the closure of its defined benefit scheme to future accrual.
In its full year results, published today 24 May 2017, the UK retailer stated that at 1 April 2017 the IAS 19 net retirement benefit surplus was £692.8m from £824.1m the previous year.
M&S explained that its reduced surplus was largely a result of the closure of the UK DB scheme to future accrual, which lead to a one-off curtailment charge of £127m. The scheme closed to new members on April 2017.
The report noted that as all remaining active members of the scheme transition to a deferred status, all future pensionable increases are to be in line with inflation, CPI, rather than to the lower one per cent salary cap applied to the active members.
Additional costs of £5.4m that is directly associated with the closure, primarily in relation to third party advisory costs have been incurred.
Pension funding rose year on year from £118.4m in April 2016 to £135.3m in April 2017. Pension costs charged against operating profit fell slightly to £100.3m this year, from £102m in 2016.
Partnership liability to the Marks & Spencer UK Pension Scheme remained at £71.9m year-on-year.
“The first limited partnership interest (held by the Marks and Spencer UK Pension Scheme), entitles the Pension Scheme to receive an annual distribution of £71.9m until 2022 from the Partnership. The second partnership interest (also held by the Marks and Spencer UK Pension Scheme), entitles the Pension Scheme to receive a further £36.4m annually from 2017 until 2031,” the report outlined".

WTF? Why are Marks and Spencer robbing their staff of a decent pension scheme when their fund is in surplus and it costs them £131 million to do so?

No wonder so many people voted for Brexit and why we need a Labour Government to tackle corporate greed and stupidity.