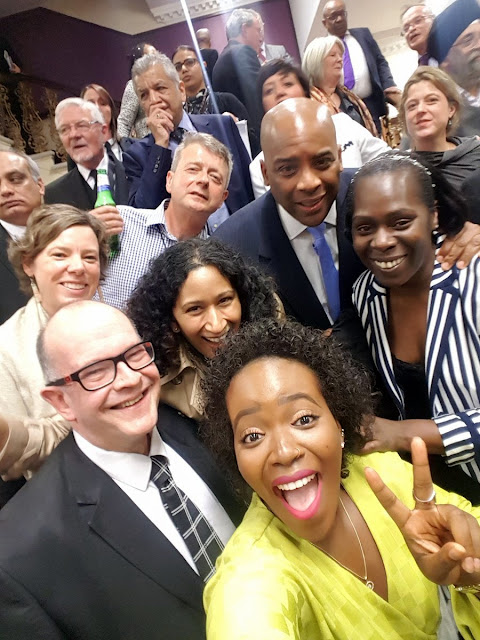 This may not be very dignified but I do like this picture of some Newham Councillors after our Council Annual General Meeting on Thursday.

The meeting itself in the Old Stratford Town Hall was pretty formal. I missed the first bit since I had a General Election Agents meeting with the ERO at East Ham Town Hall. Long serving Councillors (25 years) Andrew Baikie (bottom left of photo) and Ian Corbett were given a present as was the Newham Young Mayor. The Newham Mayor spoke about his many achievements over the years.

Afterwards there was a drinks and canapes reception and this selfie was taken by our youngest Councillor, Seyi Akiwowo, on the stairs of the old Town Hall after an attempt to take to take a formal photograph of all councillors fell apart in confusion.
Posted by John Gray at Saturday, May 20, 2017