Manchester Bombing - We stand together 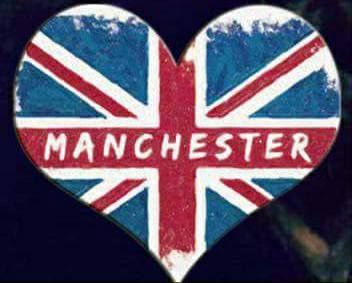 Last night I was just about to go to bed when I saw a "breaking news" email on my IPAD about a bombing in Manchester. I spent the next 30 minutes or so on the BBC news website. Then feeling pretty helpless, I went to bed pretty sick and ashamed that fellow human beings had deliberately gone out to murder young children and their mothers.

Today I was at work holding a trade union surgery in a East London housing office. During lunch time I was talking to fellow workers in the communal kitchen when the 1pm news came on the television and updated us with the latest on this vile crime.

At first everyone was quiet and listened in shock and horror at further reports on the murder. Then we started talking about it, how we had first heard about it, what we first thought, what we feared, what we now wanted. The sense of a common and collective outrage reminded me of similar conversations nearly 10 years ago in another east end housing office, only a few hundred yards away after the 7/7 bombings.

On that day it was more personal since it was local and happened during work time. Many of us in the office had friends and relatives commuting into central London.

The murder of the innocents brought back yet another time, just over 20 years ago, in that same housing office as 2007, when I went out on an estate visit and when I came back I found most of the staff were openly crying in the office, as the news on the radio about the Dunblane Primary school massacre had come out.

Each event was uniquely horrible and horrific. But being able to share the horror with work colleagues and see their anger is your anger, their disgust is your disgust and coming together and being united in our common pain was the one positive thing I felt to come out of all these hateful acts.

There is indeed more that unites us than divides us.