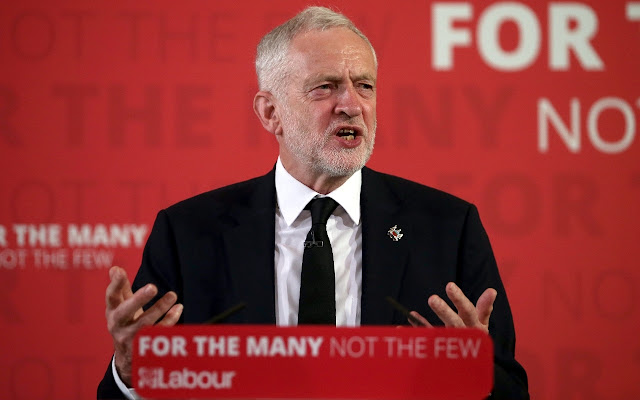 On Friday I was at the speech in London by Labour leader Leader, Jeremy Corbyn, relaunching the election campaign after the bombings in Manchester.

It was a statesman like and brave absolute condemnation of hate and terrorism while pointing out that to fight terrorism and make our people safe, we have to also tackle the underlying causes. Be that massive cuts to policing and prisons, poverty and inequality or badly planned foreign wars.

This was by far the best speech I have ever seen Jeremy make. He has demonstrated that he is fit to be our Prime Minister on June 8.

Today, as Labour resumes campaigning in the General Election, I wanted to reach out to you, as a member of our party — and of our Labour family.

Our nation has been united in shock and grief. But as I watched thousands of people coming together in Albert Square in Manchester, I saw unwavering defiance too.

This attack sought to divide us, and instead we sent a powerful message of solidarity and of love. We saw so much evidence of our humanity: from the people we ask to protect us in the emergency services; from those who rushed towards the carnage to comfort the dying or offered lifts home and places to stay; from those gathered the following day in Albert Square.

Because when we talk about British values, including tolerance and mutual support, democracy is at the very heart of them.

And our General Election campaigns are the centrepieces of our democracy — rallies, debates, campaigning in marketplaces, knocking on doors, listening to people on their streets, at their workplaces and in their homes.

Together, we will be stronger. Together we can build a Britain worthy of those who died and those who have inspired us all in Manchester this week.