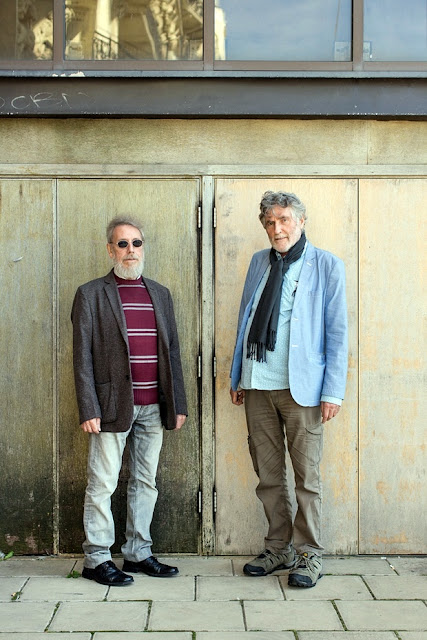 This brilliant photo was today featured in The Guardian's fashion page  "Get the Jeremy Corbyn look". My fellow West Ham ward Councillor, John Whitworth, (left) is shown standing next to former Newham Councillor (and Labour Party activist) John Saunders. The photo was taken outside the Labour Party conference in Brighton on Monday, where the both of them had been handing out literature to delegates from the left supporting "Campaign for Labour Party Democracy" (CLPD).

This is the caption  "The two Johns – Saunders and Whitworth – are everything you would expect from proud Corbynistas: grey-bearded, casual-jacketed and profoundly political. With the cravat and finer shades of blue, Saunders is Chic Corbyn, while Whitworth’s shades and anarcho-syndicalist beard suggests Punk Corbyn".

Photograph: David Levene for the Guardian