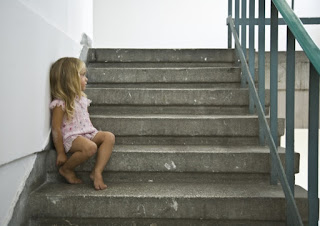 A horrifying report is released today by UNISON on the impact of the Government cuts in Tax credits next April. The rise in the minimum wage will not offset these cuts.

Working families and their children who already find it a struggle to survive are about to lose as much as £60 per week. This is appalling.


5.2 Million kids will suffer while the Tories give inheritance tax breaks to the wealthiest 60,000 families in the country.

"Government cuts to tax credits next April will leave more than 2.7 million low to middle income working families across the UK – and their 5.2 million children – significantly worse off, according to new research published today (Saturday) by UNISON.

Using official figures published by HM Revenue & Customs (HMRC) UNISON has calculated that across the UK more than 2.7m working families – or two in five of all working families with dependent children – could lose as much as £3,000 a year next April. This is equivalent to the entire population of Greater Manchester, where the Conservative party conference gets underway tomorrow (Sunday).

And in working households where the parents are in receipt of tax credits there are 5.2m children, equivalent to the entire population of Scotland".

"The worst affected constituency in the country is West Ham in East London where 10,900 families will suffer as a result of the proposed tax credit cuts. The capital features heavily in the 20 worst affected places with nine constituencies, including Barking, Tottenham, Brent Central and Ilford South all registering large numbers of tax credit families".

Commenting on the research UNISON General Secretary Dave Prentis said: “Many of the millions of families who will be the victims of the Chancellor’s cruel tax credits snatch and grab still have no idea that they are going to lose out next year. When they start receiving letters in the post from HMRC just before Christmas, it will mean chaos for family finances.

“Tax credits are a lifeline for these families – quite simply they are the difference between them keeping their heads above water and going under.

“The huge loss of income – of between £1,000-£3,000 a year – will have a devastating impact upon the millions of family budgets that have yet to recover from the living standards crisis. Parents, who will go without in a vain attempt to make sure their children don’t, will be forced deeper into debt.

“The government is full of praise for people who go out to work to try and provide better lives for their children. Yet these are the very people these punitive changes will hurt. It’s time for the Chancellor to admit that he’s got this one very wrong, and back down before it’s too late.”