Torbay Council to have referendum on Executive Mayoral system 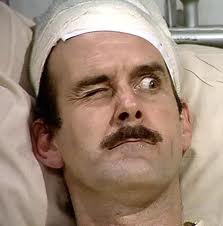 This is interesting to anyone concerned with local authority governance. According to this report just under 1,000 people in Torbay took part in a consultation process, where they rejected the mayoral system in support of a new committee system involving all Councillors in decision making.

Following a very close vote at the Council, there will be a referendum next year in Torbay on whether to continue with an Executive Mayor model or to do away with it. The main arguments made against the Torbay model is that it is expensive and undemocratic.

To have a referendum I think you either need a resolution passed by elected members at a Full Council meeting or in response to a petition signed by at  least 5% of local residents.

According to Wikipedia  "As of May 2014, there have been 51 referendums on the question of changing executive arrangements to a model with an elected mayor. Referendums are triggered by council resolution, local petition or central government intervention. Of these, 16 have resulted in the establishment of a new mayoralty and 35 have been rejected by voters. Average "yes" vote is 45%. Typical turnout is around 30%, but has been as low as 10% and as high as 64%. The turnout is higher when the referendum coincides with another vote, such as an election.

There have been four referendums on the question of removing the post of elected mayor. Two mayoral posts have been disestablished following a vote and two retained".

Directly elected Mayors can be imposed without a referendum and are very much in the news lately with Government plans for more regional and strategic Mayors.

Hat tip my former UNISON NEC colleague Lesley Discombe. The picture caption is of a famous Torbay resident who I am sure would have fancied himself as Mayor.
Posted by John Gray at Monday, October 26, 2015