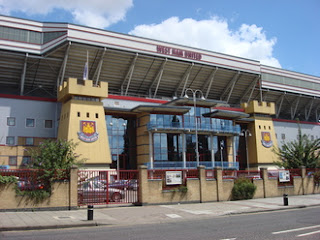 "Stop voting to cut the tax credits that hard working West Ham fans rely on to get by.

Why is this important?

I'm a former season ticket holder and lifelong West Ham fan. I was disgusted to see that West Ham's Vice Chairman, Baroness Brady, voted with the government to take away tax credits from working families, even through around 40% of working families rely on the credits.


Nearly half of all children in Newham are growing up in poverty according to the Campaign to End Child Poverty, so why is Baroness Brady taking it out on our community, instead of supporting the people of West Ham?"

If you agree sign 38 Degrees petition
Posted by John Gray at Thursday, October 29, 2015